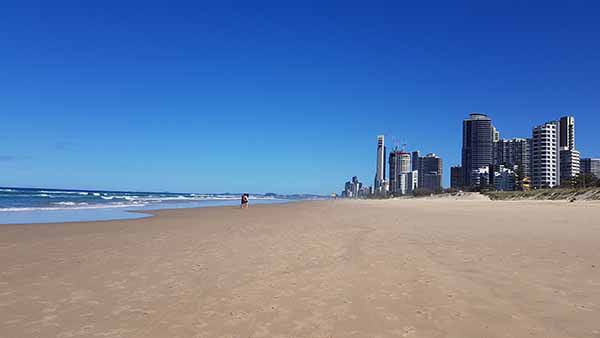 It’s disappointing that the weather is warm enough to swim, but the ocean is stubbornly sitting at twenty degrees Celcius – too cold for me!

‘Guardian of Empire’ will be released in print and digital on November 1st. It will be highlighted on BookBub as a ‘featured new release’, and at the same time I’ll reduce the price of the digital version of ‘Scales of Empire’ to 99c to encourage readers to try out the series.I don’t have this sort of control over my books in Australia/NZ, so I’m afraid this will be US/UK/rest of the world only. 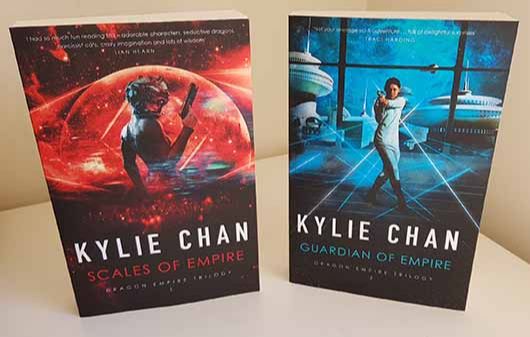 The photo doesn’t do the brilliant colors of these covers justice. They’re self-published with IngramSpark, and the digital printing machines they use produce really lovely high-quality paperbacks.

It’s a strange feeling to once again be receiving emails from people asking when the ‘Next Dark Heavens is coming out’. The US are producing book seven of ‘Dark Heavens’: I’ve approved the cover but it hasn’t been released yet. I’l chase them up if it doesn’t appear soon.

I’m in the process of signing a contract with Bolinda to release the ‘Dragon Empire’ audiobooks outside Australia as well.

The ‘Dark Heavens’ audiobooks in Australia seem to have stalled at book four, but I’m hopeful that things will pick up again. My reader, Jennifer Vuletic, is extremely popular! 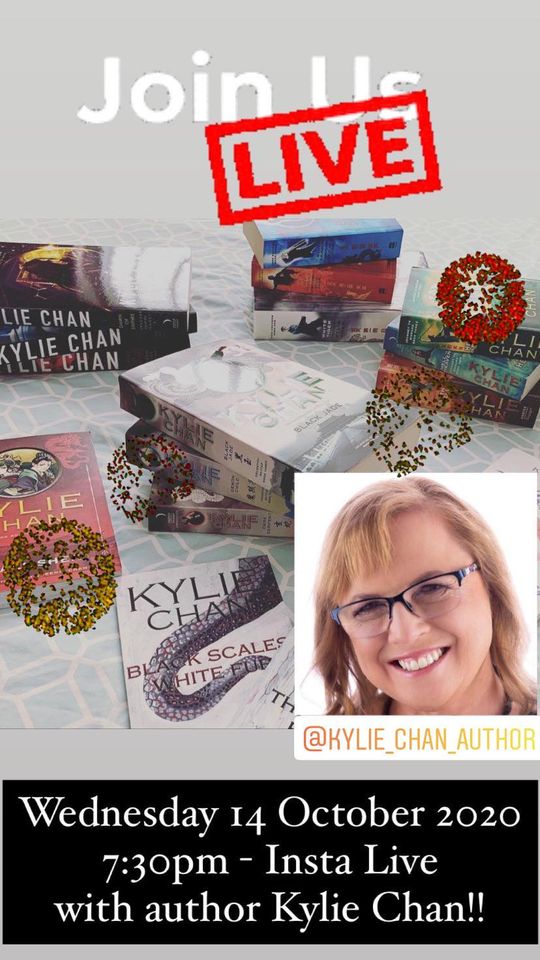 Annie McCann of Read3rz_revu will be doing a live Instagram interview with me on Wednesday 14th October at 7:30 pm. Click the pic to go to their Instagram feed – and if you’re in Sydney, they’re a fantastic readers group who regularly meet and are supportive of authors and readers!

In a move that will surprise absolutely no-one, Supanova have cancelled all of their 2020 shows except for Sydney.

I am, however booked for a bright new virtual pop culture convention, called ‘InCONceivable’. It will be a virtual trading floor, and three writing panels will be held as well. The website isn’t live for it yet, but it’s slated for November 14-15. Keep an eye on my Facebook page for more information. I will have a virtual table in the con, selling signed copies for everyone.

If you’re a resident of Boonah or live on the Scenic Rim, I’ll be presenting a workshop on self-publishing there at the Boonah Library on November 10th at 9:30 am, thanks to the Queensland Writers Centre. As far as I know it’s still going ahead despite COVID restrictions. If you’re interested in attending, contact the library directly.

The pitch document for the television series has been finished, reviewed, polished, re-reviewed, completed, delivered, then handed to an outside consultant who provided excellent feedback so I had to go back and redo some of the character outlines.

Frankly the feedback made it that much more awesome, so I’m happy with it and I delivered it late last week. I hope this is the final version: but with this sort of thing, there’s only one chance. Once it’s been presented to a studio executive, it can’t be presented again.

I’ve now returned to working on the Simone spinoff. The feedback I’ve received from my Patreon patrons has been absolutely stellar, and I think that with current world events as they are, I can amend the storyline to make it dual; one of Simone’s adventures in Europe, and another thread of Emma and John’s adventures in current Asia. There’s a great deal of world politics happening right now, and the Celestials may have to step in.

I’m also looking forward to returning to the AI-driven cyber thriller that I started before the TV series stuff. Back to work!