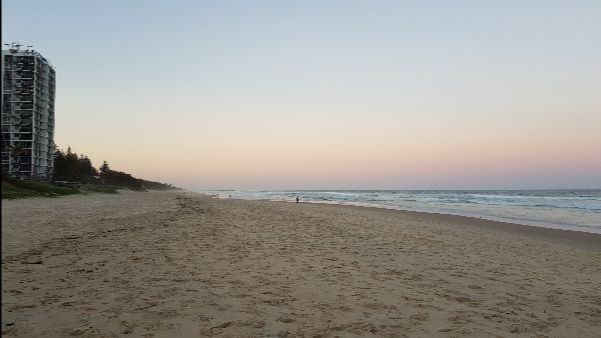 Evenings on the Gold Coast can be delightful sometimes. The sky really does turn a delicate shade of violet, as I describe in ‘White Tiger’

The big upcoming event is InCONceivable Virtual Pop Culture Convention, which I have been helping to organize (in a small way). As there are no Supanovas or Comic-Cons happening this year, the organizers of InCONceivable decided to set up a virtual convention and it’s grown from there.

InCONceivable will be on November 14-15 (that’s next week!) this year. You can check out the site here: 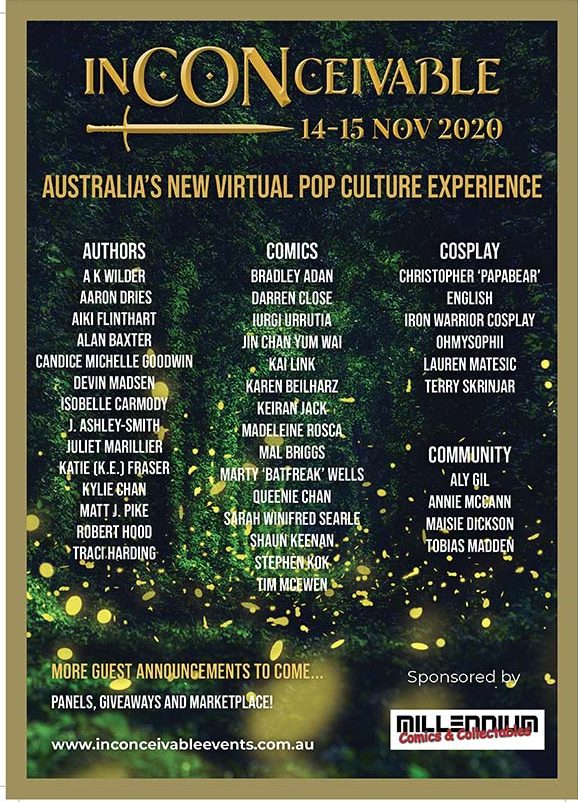 Note that the site won’t go live until the con actually happens. When November 14th comes around, you will be able to browse the online virtual artist’s alley, view all the virtual panel videos, and share a fantastic experience. There will be competitions and giveaways as well, and visiting the convention is completely free – you don’t even need to register to view the online content.

The con’s panels are zoom meetings that we’ve stored to Youtube, and all will be viewable both during and after the convention.

I have two panels that I participated in: a Mad Writer’s Tea Party, which includes my tuxedo cat Inari who you’ve seen many photos of already, and who isn’t actually my cat – she’s my daughter’s cat. She spends a great deal of time in front of the camera providing the inevitable Kitty Butt shots. Kim Falconer’s cat takes a stately walk-in role, and Juliet Marillier’s dog Reggie also visits. Juliet is a majestically giving soul who fosters geriatric dogs, and Reggie is one of her charges.

I’ll be giving away a signed copy of ‘White Tiger’ (note that if you win you can choose a different book – that’s not an issue) and the special personalized blend of tea that Sabrina of Ravenscraft Teas made for me.

You’ll also be able to buy (signed) copies of all my books at my virtual table on the convention site.

The Tea for the Tea Party

Ravenscraft specialize in fruit and flower blended teas, and some of them have ‘shimmer dust’ in them to make them sparkle. Witchy! I’m not a fan of fruit/flower teas, probably because I spent so many years in China and living in Chinese household where even putting milk in tea is considered the highest form of sacrilege, and putting lemon in tea is something that you do to make rubbish tea drinkable. (More than one Chinese person has told me that.)

My own home tea cabinet is full of some very expensive teas from China – a Tikyuanyin and a Sow Mei – that cost upwards of $AUS200 a kg. Really good China tea is so good it makes you understand why the Brits were willing to go to war for it.

So I talked to Sabrina of Ravenscraft, and she put together a tailored tea for me. I just wanted a standard black tea with no fruit or flowers, but I did want that awesome shimmer dust to make it shiny, and in a fit of creative insanity called it ‘Blood of the Black Unicorn’. Sabrina added some beetroot powder to make it more blood-red, and there you are. It needs a small amount of sugar to offset the bitterness of the powder addition, but goodness the combination of red, black and sparkles is extremely magical. 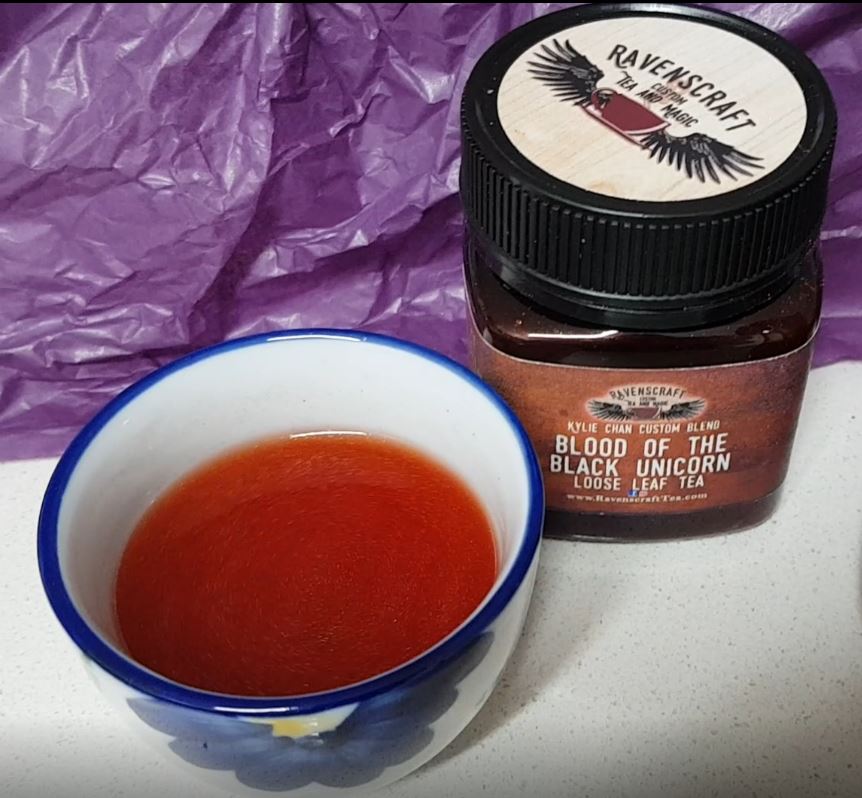 I have an extra jar of tea and a re-usable tea bag that I’ll be giving away with the book after the ‘Mad Writers Tea Party’, so check it out on the 14-15th. My fellow Mad Writers Traci Harding, Juliet Marillier, Isobel Carmody, and A K Wilder will all be doing giveaways as well.

The other panel is Rising Star Authors who are starting their journey as novelists. Some are traditionally published, some are self-published, and all of them are wildly entertaining. I think my other cat, Pixie (who is actually really my cat) wanders in and out and at one stage Devin Madson yells ‘KITTY!’ when she sees her.

The convention will have virtual tables, and I will be selling signed copies of all my books, including the new Dragon Empire trilogy. This is the first time I’ve had the chance to sign and personalize the third book in the series, ‘Dawn of Empire’! The other authors will have their books and there will be comics, cosplay, and arts tables there as well.

It really be the convention that we wish we were attending in person!

Dragon Empire latest release in the US

Book 2 of the Dragon Empire series, ‘Guardian of Empire’, has just been released in the US/rest of the world. It’s available on all platforms, and to welcome book 2, I’ve reduced the price of book 1, ‘Scales of Empire’, to 99c on all digital formats. It’s been doing very well!

Dark Heavens Audiobooks in the US and Australia (Link valid in the US only)

We’re up to book 7, ‘Dark Serpent’ in the US. I haven’t yet received the cover for approval for book 8, so I don’t know when it will be released. I’ll let you know in the newsletter as soon as I do.

Australia: is as far as book 3 and stalled. I haven’t heard anything about it. Once again, if I hear anything I’ll keep you updated.

Dragon Empire Audiobooks in the US

I have just signed the contract with Bolinda to release the Dragon Empire audiobooks in the US/rest of the world! All three books will soon be available on all platforms.

If you’re out on the Scenic Rim, pop along to Boonah on Tuesday morning, where I’ll be giving my 2-hour ‘Introduction to Self-Publishing‘ workshop at 9:30 am, thanks to the Queensland Writers Centre.