Very hard to type with the Butt Appendage complaining every time I put my hands on the keyboard. It’s cute that she’s a gently aging crankypants with some grey hairs emerging through her tuxedo. 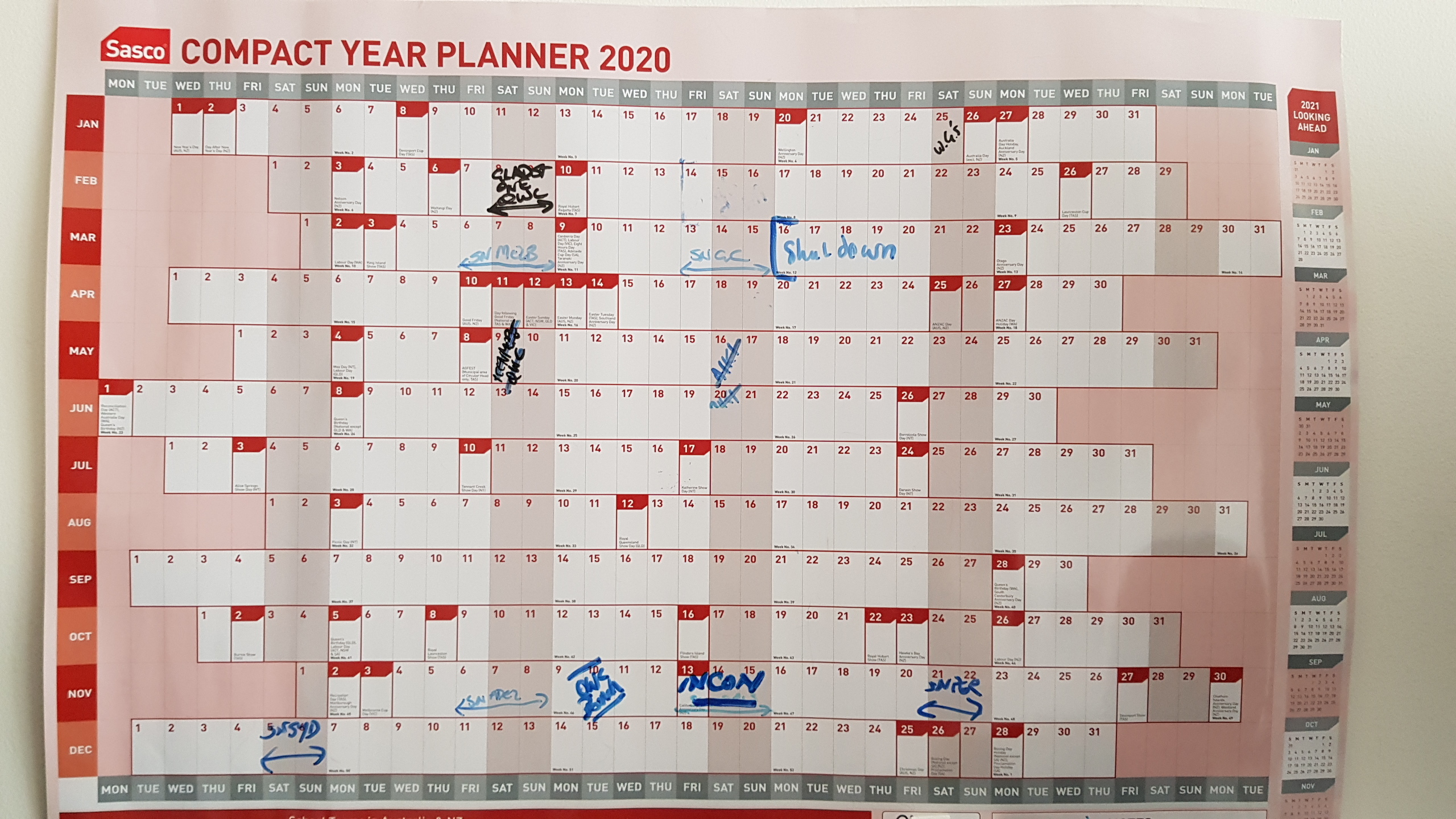 At the start of every year, I put up a wall calendar with the year’s conventions on it, and as I book appearances I add them so everything’s easily visible. Here’s 2020’s: so many cancellations. The only workshops I had this year were: Gladstone in February, then Boonah in November. Most of the notations on the calendar (like ‘SN’ for Supanova) were things that were cancelled and I didn’t even bother erasing them. Many of these bookings are crossed out.

‘Inconceivable’ virtual convention also happened in November, and that’s it. For the first half of the year my creativity seriously suffered, and I watched with dismay as Hong Kong (I was there last April!)… went to Hell. What a year.

And now! In the last few weeks, after completing the pitch deck for the Hollywood people (who have, as usual, been terribly enthusiastic and then gone completely silent), the creativity ramped back up again. I’ve been closely following the situation in Hong Kong – my twitter has comments and news on it, if you’re interested – and now a Twitter feed is being used against newspaper executive Jimmy Lai as evidence of treason.

I have a handle on the situation in Hong Kong, I have a good idea where things are headed, the uncertainty of the future of the territory is clarified (in the worst possible way) – so I can pick up Emma’s story again. I’ve started revising the current spinoff to add a story thread that will weave around Simone’s, and be again from Emma’s point of view. The two story threads will complement each other, and will have completely different stakes and threats. I’m really looking forward to working more on this, because up until now, with Simone’s story I’ve been posting on the Patreon, something’s been missing, and with the Emma story it’s really coming together.

I’ve posted the first extract of this Emma storyline on the Patreon, and already received some positive feedback.

It was exceedingly weird – and gratifying – to be contacted by a professor of anglophone (ie English) speculative fiction written by Australians, who works at the University of Dusseldorf. They have a Centre for Australian Studies at the University of Cologne, and not only was I interviewed about my work and the Asian angle, ‘White Tiger’ is part of the curriculum there! It was strange to have such an interested academic interviewer, when here in Australia the Arts are kind of starved for both funds and attention. But it was the most fun interview I’ve had in a very long time, and I want to thank Ms Burger for her time and analytical interest in my work, the Asian angle, the romance side of it, and my use of the Female Gaze. She’s asked me for contacts to other Australian authors, so hopefully Australian speculative fiction will receive some generous international attention. We’re that good!

InCONceivable is still there, and all the videos are viewable from the convention schedule. The storefronts from the various authors are also still up. If you want to hear me natter with other writers about our craft, or view videos about our experiences with Australia’s creepy-crawlies, head on over to the InCONceivable site and check it out. 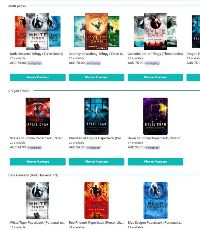 I know it’s too late for anyone to purchase in time for Christmas, but the Eventeny store of signed copies is still up, and will remain up for the foreseeable future. There is a slight premium in purchase price and shipping costs, but it allows me to ship to anywhere in the world. Putting a store on my website has always been a goal and I’ll investigate other options further – but at this stage, the Eventeny storefront provides exactly what I need so I’ll keep using it.

Thanks for all your interest and support throughout 2020, and here’s to a better and brighter 2021!