Winter is officially over and I’m looking forward to warmer weather and getting back into the water. Winters here are bright, clear and mild. 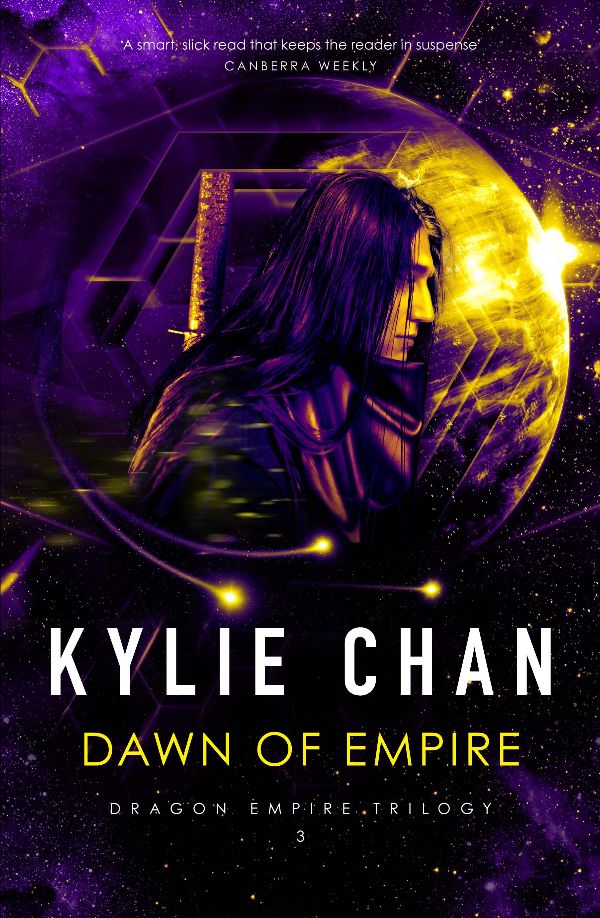 ‘Dawn of Empire’ has just been released in Australia and New Zealand. I’ll be interested to hear what everybody thinks of the finale here – I really went all-out to bring the adventure for poor Jian, Haruka and Miko!

(Click on the book cover to go to the Amazon store)

I am self-publishing the Dragon Empire series in regions outside Australia, so if you’re not in Australia you can now buy ‘Scales of Empire’ in both print and digital. I’m talking about an audiobook release with Bolinda as well. The next book ‘Guardian of Empire’ will be available on November 1.

This has been a massive job for me, resetting the spelling to the US spelling, and reformatting to fit the different format size for the US market. It’s been a learning experience, and I’m glad that I gained these skills!
And let me know if you find any issues with the print or digital versions of the books, US/UK/CA readers. I’m sure there’s things I missed!

The Hollywood people have renewed their option on ‘Dark Heavens’  – but this time it’s for a TV series, not movies. I argued that ‘Dark Heavens’ would legitimately fit in the ‘Game of Thrones’ space as a massive multi-season fantasy epic – and they agreed. So I had to write a thing called a ‘pitch bible’ which is an outline of the characters, setting and plot, and with outlines for episodes for the first season, as well as eight other seasons for the rest of the books – and the result is a massive thirty-page document that I’m not allowed to share because it’s confidential.

I had an absolute blast doing it as well, and thanks to everyone who made suggestions on actors for the characters. All we can do now is hope that one of the studios will be interested. Fingers crossed!

I still have no plans to attend any conventions for the rest of the year, as I really don’t believe they will be happening. There may be a virtual space I can appear in, watch for the next newsletter and we’ll see if we can get something happening.

Harper-Collins are interested in what I write next, and I have two projects that I’m currently working on – an international cyber-thriller, and the spinoff of Simone’s adventures in Europe. Both of these stories are moving well, but I want to see a completed plot in my head before I commit to showing anything to my publishers. I have some breathing space and I’m using it to be as creative as possible.

I’m also working to get the Dragon Empire books out in the States, and I need to add a storefront to my website so that you can buy signed copies of the books, as well! This has been on my to-do list for EVER.

So I have plenty to keep me occupied right now, I’m working hard at producing more works to entertain everyone.