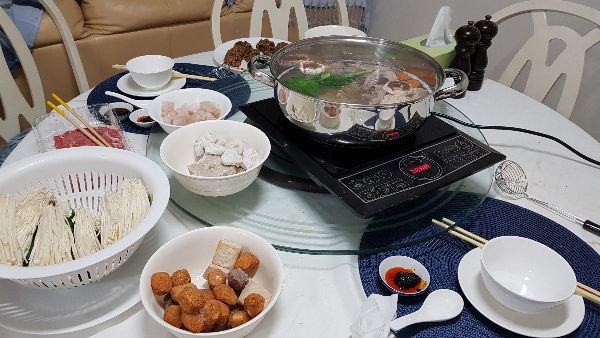 Visiting daughter means winter steamboat! There are many balls because my ex is Teochew and they eat ALL THE ROUND FOODS. This is the best winter warmer ever.

The pitch deck for the TV series is done, and I’ve sent it over to the people at Hollywood. All we can do now is wait. It’s bit like buying a lottery ticket where the prize is immense but you have no idea when the draw is and what your chances are. In this case I just get back to work doing everything else I had sidelined. It was a huge job to compress nine years of work into an eight-season TV show without going totally overboard with story and plot details. I think I did okay, but it was exhausting. Maybe later I’ll share the casting choices I made. (I shared a draft with a friend and she told me I chose the wrong actor to play a character when I thought the actor was perfect, so everybody has a different vision, I guess.)

Short version: Not happening for the rest of 2020.
Long version: Oz Comic-Con have completely cancelled all of their cons for the rest of the year, and will pick them up next year. Supanova are making noises about doing all their shows in November and December, but I really don’t think they’re going to happen and Oz Comic-Con have made the right decision. I haven’t bought tables for the shows.

Author copies of ‘Dawn of Empire’!

It’s always exciting when new books arrive on my doorstep, and here they are. Extremely shiny. ‘Dawn’ will be out in Australia in early September, and the rest of the world in (probably) February. 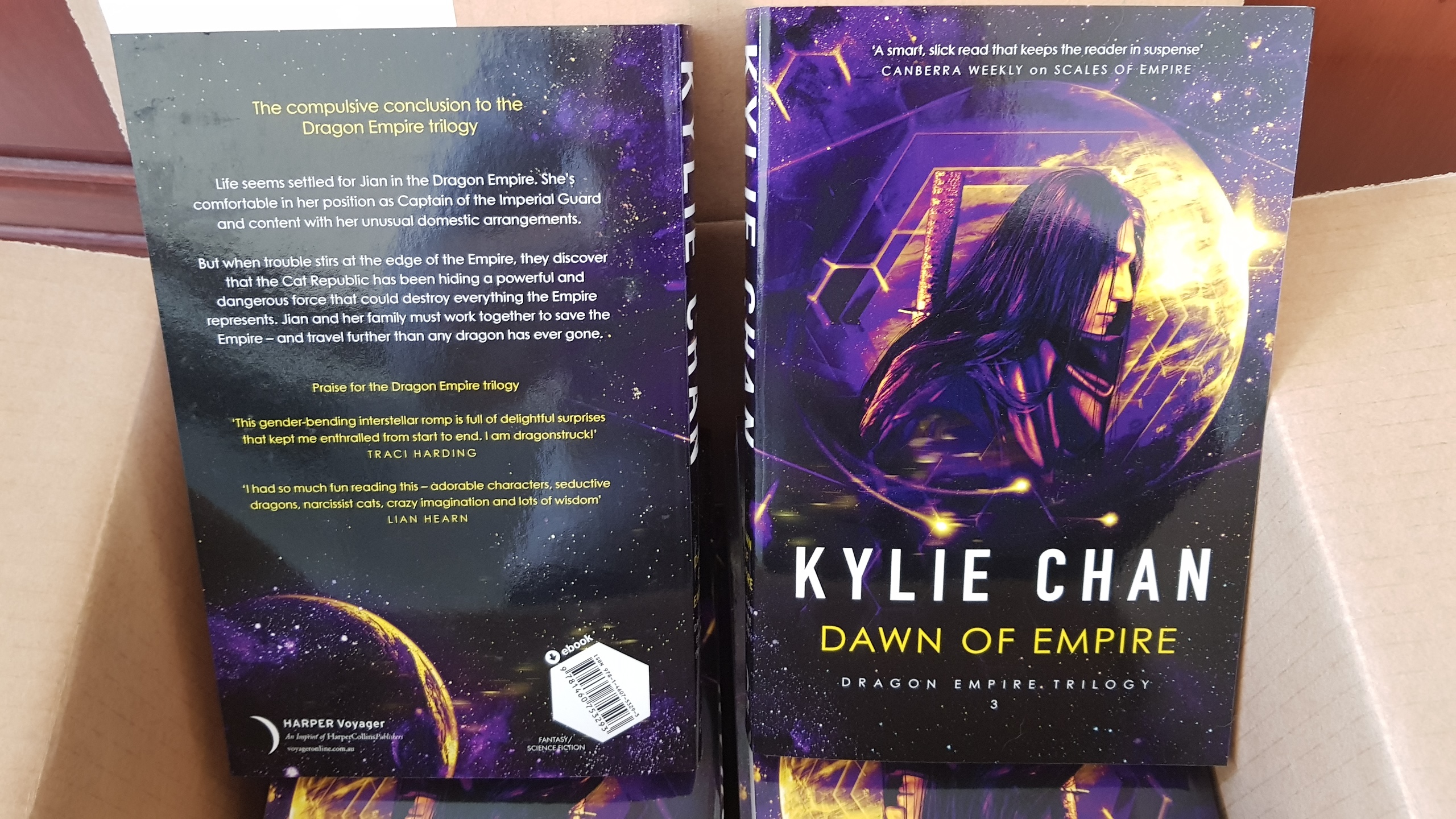 I’m boxing up complimentary signed copies for the higher-level patrons on my Patreon and I’ll be sending them out later this week.

‘Scales of Empire’ in the US

I’m still waiting for the proof copies of the print version, but I did the work and changed ALL the spelling to US spelling. That was WAY harder than I expected it to be. It’s out for pre-order, and here’s links for purchasing the print version (note that if you’re not in the US, it will redirect you to the version of the page in your own country).

Digital versions: probably your best bet is directly off Smashwords, but it will be available on all the other retailers (including iTunes) as well. The only place you will NOT be able to purchase it is the Google Store because it’s closed to self-publishers. Instead buy it in .epub version and download it into your device, and it should work.

Now to get started on ‘Guardian’ to release that one in November!

My heart is broken for what was once a free city. The Chinese Communist Party has passed a law that makes saying ‘democracy is a good thing and the Communist Party is awful’ into an offence that can lead to a life sentence. Today, as I write this, the police raided the only pro-democracy media organization in the Territory, Apple Media, and arrested its Chairman, Jimmy Lai. Mr Lai has been at the front of pro-democracy protests, has been unflinching in his support for democracy for Hong Kong, and is obviously regarded by the CCP as an Enemy of the State. The police – hundreds of police – cordoned off the office of Apple Daily and Next Media news organizations and searched them for what can only be described as ‘unpatriotic material’. My cyber-punk story just became a great deal more relevant.

I really cannot return without risking arrest myself. I know I’m only small potatoes, but the crackdown is complete.

Stay safe out there guys!