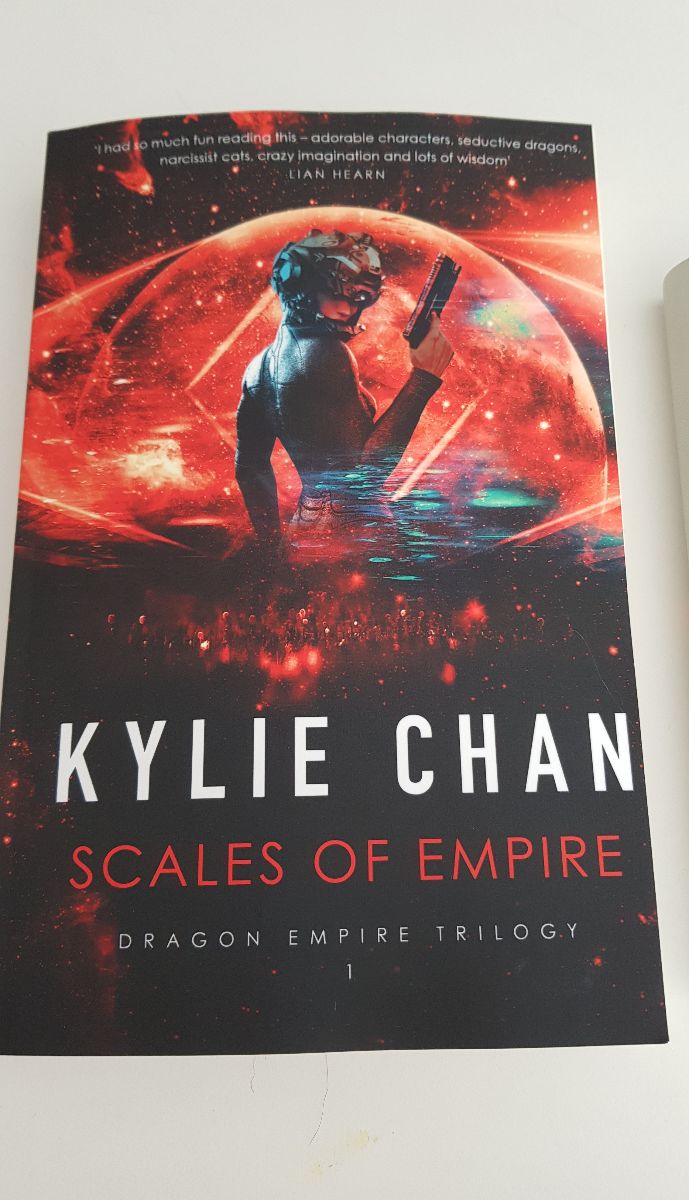 This is the proof of the self-published print version of ‘Scales’ for outside Australia. I just need to shift that title a little to the left…

I have a release date for ‘Dawn of Empire’ inside Australia! It will be available on all platforms (print and digital) on September 2. It’s already up on the online stores, so check it out!

(I’ll be fascinated to hear what Mika Ishikawa, my Japanese friend and translator, has to say about the final scene in this one.)

‘Scales of Empire’ US/UK/Rest of the World release

I’ve given up on attempting to traditionally publish the Dragon Empire books outside Australia, and I’ll do it myself. I’ve reformatted the book to fit the printing company’s size, bought the cover art from Harper-Collins Australia (yes, I did have to pay for the cover art) and put it together. I had to purchase the entire Adobe Creative Cloud software suite to work with the files, and wasn’t that an expensive nightmare.

Release date for the book is September 1, so that I can do a BookBub ‘New Release’ promotion with it.

I’m hoping to have the spelling adjusted to American Standard for release, but there’s a good chance that the original Australian text might be in the final print version. It’s a surprisingly massive job to re-edit it, re-format it, and then re-typeset the result, but I hope I can have it done.

Now I understand why the American version of ‘White Tiger’ wasn’t modified! And when you take a fully-typeset print edition of a book and format it for digital, the resulting ebook is a mess. The ebook of ‘White Tiger’ is probably poorly formatted for exactly this reason.

The ebook will be altered to American spelling, so yay! to that. It will be out on all platforms on September 1, and I’ll provide all my Patrons on Patreon with a code to download the final digital version.

I’m talking to Bolinda, who have aleady produced audiobooks for the Dragon Empire in Australia, about releasing them worldwide. I guess I should follow up on that.

So the next job is…

Preparing a Pitch Deck for a Dark Heavens TV Series

Storytime! After the Keller’s rights expired, I left it for a while to see if an Australian production company was interested. When they didn’t come back, I contacted the Kellers, who have made a new business arrangement with a big production management company over in the US. We skyped, and I advocated for a TV series in epic ‘Game of Thrones’ style hugeness – and sold it. (More details of what went down will be in the Patreon newsletter, which is more private).

The nature of the proposed production has changed immensely from the pitch deck currently up on the Keller’s website (I’m not even going to link it because it’s obsolete now). We are no longer looking at a non-Chinese Xuan Wu/John Chen (seriously they were talking about someone like Keanu Reeves, who is wonderful but…), I’ve asked for Emma to be changed back to Australian (whew), and the scope of a massive seven-to-ten season TV epic will give the story a great deal more room to breathe.

So now I need to produce a pitch deck: an outline of the theme and tone, a list of the characters, and plot outlines for every episode in season one and rough outlines of the following seven-to-nine seasons after that.

Sure, I have plenty of time, it’s not like I’m trying to write THREE NEW NOVELS and self-publish THREE MORE NOVELS at the same time. (*wheeze*)

You’ll all be very happy to learn that the new design of the series is much closer to my original vision. I’m thrilled to bits, to be honest.

The Communist Party (who should change their name to the ‘fascist party’) have passed wide-ranging security legislation that basically makes it illegal to do or say anything they don’t like (the terms of the legislation are so vague they can make it up as they go along). Five years jail for singing the alternative national anthem. So, RIP Asia’s World City I guess. This makes me so sad.

On a personal note, if I continue to advocate democracy for Hong Kong loudly on social media, as I have been, there’s a good chance I’ll be arrested and taken in for a ‘cup of tea’ with the police if I go back – if they do allow me in, that is. (This won’t stop me.) My website has been under siege with constant attempted logins from China causing lockouts.

We can always shoot the TV series in Taiwan, I guess, they’d love to have it. 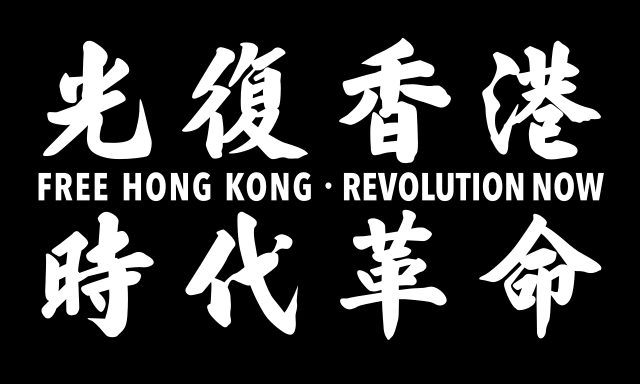 (You can also get a jail term for owning this flag. Too bad, CCP.)

In the next newsletter, I’ll provide you all with more details of where my overseas fans and friends can obtain a copy of ‘Scales of Empire’. Now to the TV pitch deck!