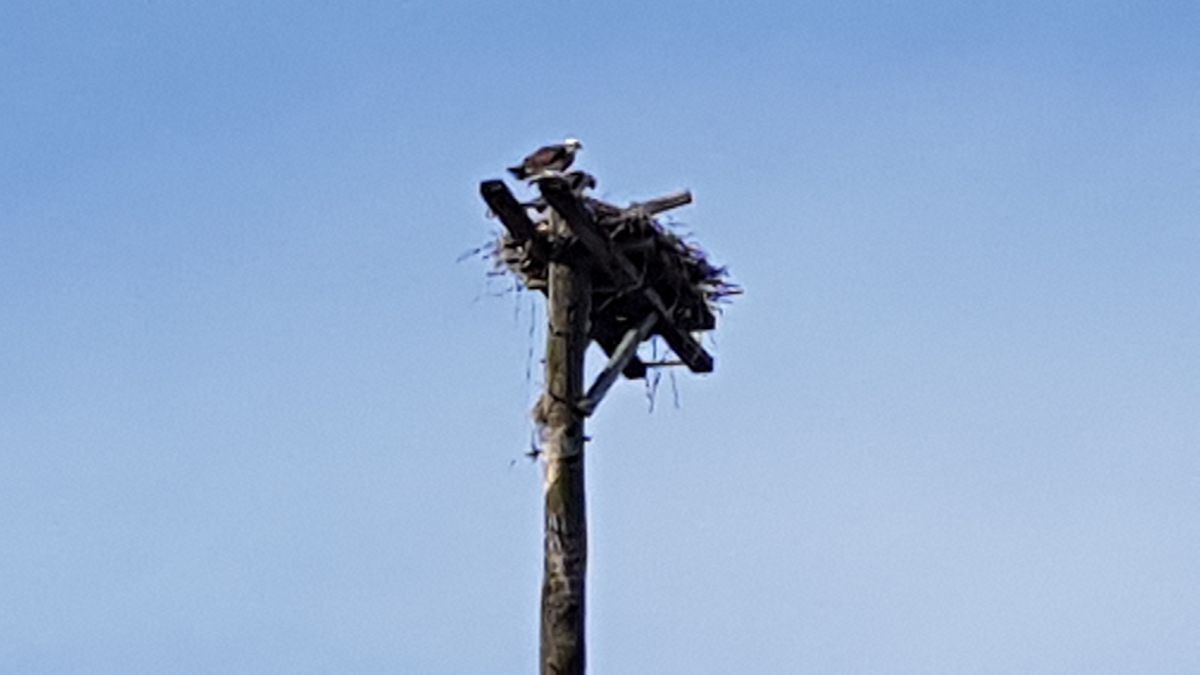 When services went underground, the Gold Coast City Council left this telephone pole standing because it had an osprey nest on it. That must have been more than twenty years ago, and there are nesting poles like this all over the Gold Coast. So wonderful to see!

Whew! ‘Guardian of Empire’ is complete and I’ve sent it in to Harper-Collins. Having a deadline like that hanging over your head can be extremely stressful, and it feels good to have it done, particularly now that summer’s here on the beautiful Gold Coast and the beach is calling.

My last appearance for the year was a workshop on self-publishing that I gave at the Queensland Writers Centre. It was a sell-out, and they’ve asked me to do another one next year! Excellent outcome, and I couldn’t have done it without Inari’s help. 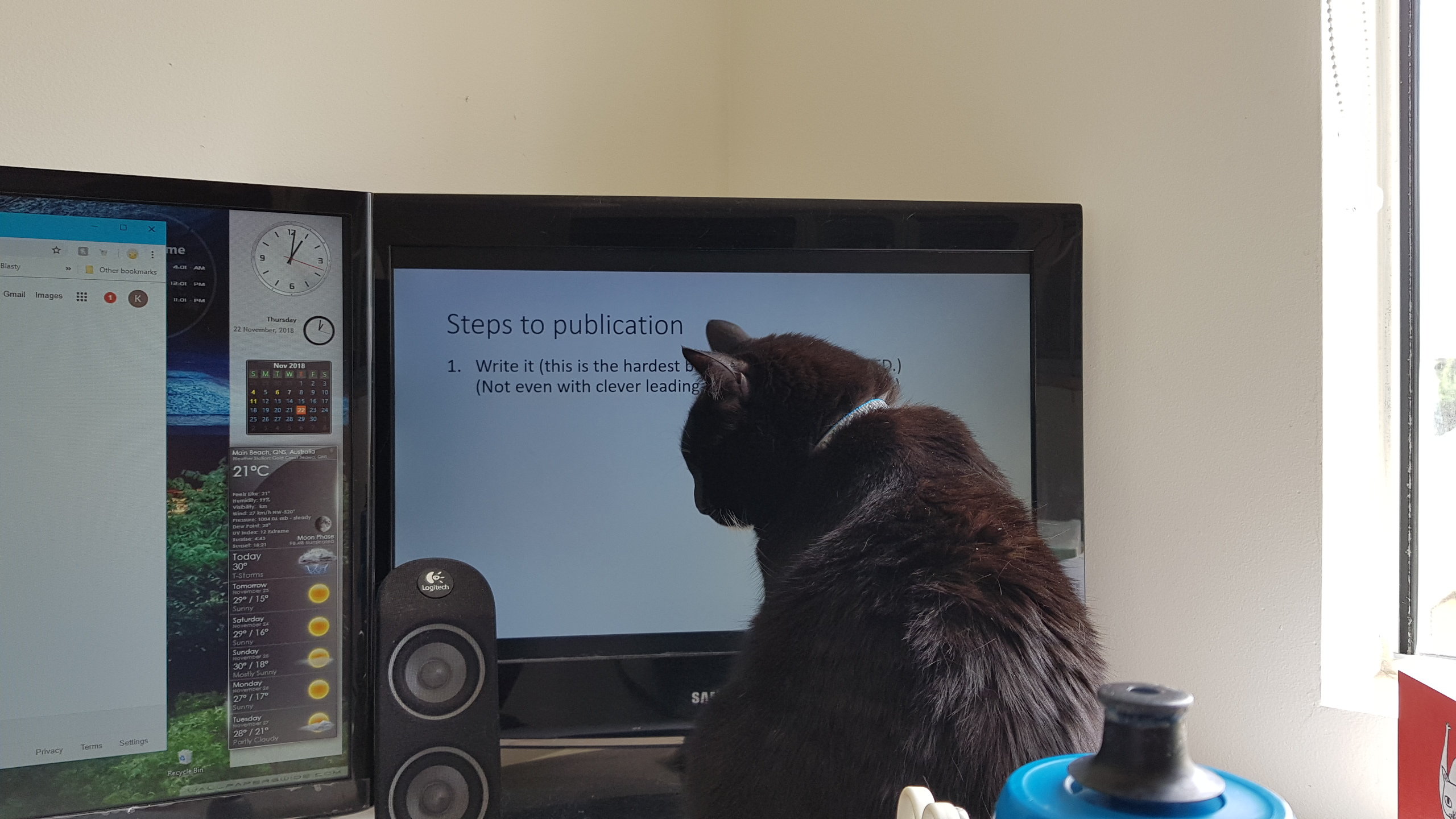 The slide says: ‘Steps to Publication.
1. Write it. (This is the hardest part and cannot be skipped).
(Not even with clever leading-edge marketing.)’

I have signed up with a speakers agency, Greenleaf Speaking who will arrange school tours for me. Now that the dragon empire thing is published, it’s more PG than Dark Heavens, so I can go into schools without completely causing massive disruption. Maybe only a little bit. I’m updating the website to put the link to Greenleaf Speaking there.

I’m going back to Hong Kong! My daughter and I are making plans for a trip to Japan and Hong Kong for April of next year.  We’ll be able to do some serious research. I’ll send you lots of photos, I promise! This will ensure that the Simone Spinoff happens (I think I may just call it Spinoff!). I’ve already started posting the spinoff to my lovely patrons on the Patreon site, so they’re reading it way before anyone else.

Thanks for being the fans a writer could ask for, it’s been a terrific year and next year I’m hoping to get myself to all the major Australian capitals.

Have a terrific holiday season.