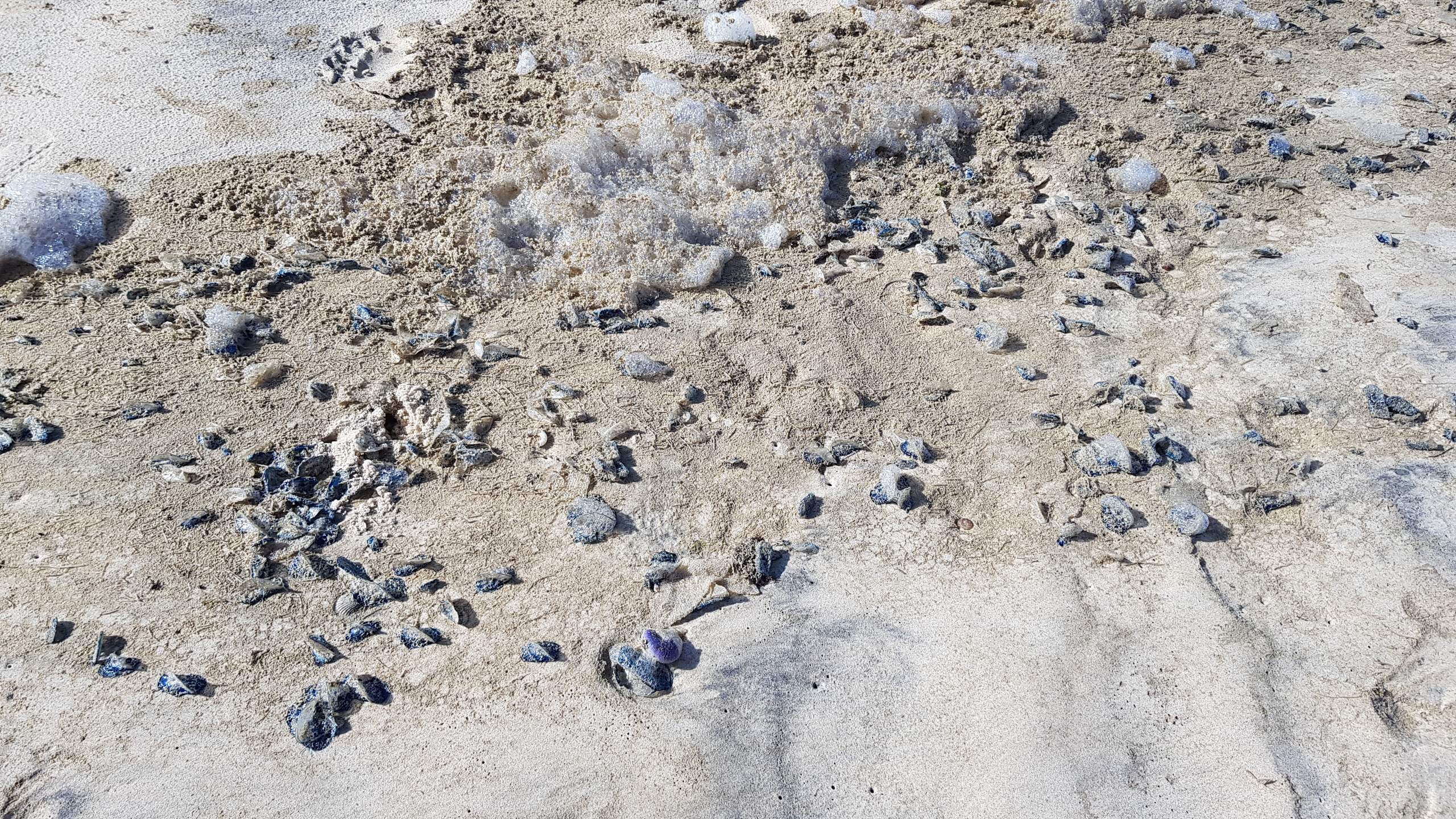 Just before the Gold Coast 600, thousands of these little blue jellyfish washed up onto the beach. It was absolutely covered in them – and they rotted most pungently. Sorry car people.

October has been a quieter month after the Oz Comic-Con insanity of September. I’ve concentrated on finishing ‘Guardian of Empire’ – and it’s done. Whew. I wanted to write shorter books in the sci-fi, so I could produce more books more quickly.  It didn’t happen – and to my chagrin, ‘Guardian’ has turned out to be almost exactly the same length as ‘Scales’ to within a couple of thousand words – when I thought it would be about 20,000 words shorter! Thanks, muse. (My muse is a small ugly thing that sits in the corner and demands offerings of lost sleep before it will present me with story. True.)

Here’s a snippet from later in the book that I sent to the publishers for the launch meeting:
I put my hand on Bartlett’s furry head to reassure him as we reached the edge of Sky City and Marque floated us down towards the surface of the planet below. The white sides of the floating city were carved in an enormous depiction of dragons going about their colonising ways, talking to many different species, in a frieze that was more than three hundred metres high. We dipped below the edge and the massive ancient anti-grav engines that held up the city came into view, glowing blue-white beneath it. Marque had often complained that they were severely out of date and asked the Empress to land the city so they could be replaced with ones that weren’t visible, and the Empress always said no because she liked the shinies.
Now that Guardian is finished, it’s time to sit down and work out the structure for the Simone spinoff, because that definitely needs to happen.