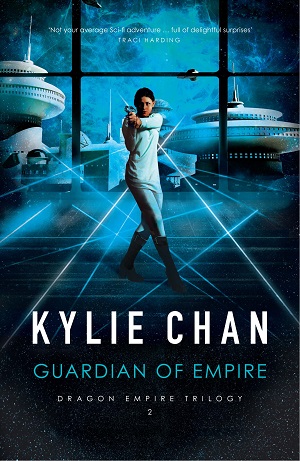 Earth has joined the Galactic Empire, a vast interstellar society ruled by dragon-like aliens where everybody is immortal. Pain, famine and disease have been eradicated, but this doesn’t mean the end of conflict.

A cruel alien Republic has been watching from afar and wants to take the Empire’s progress for its own. Jian Choumali, ex-British forces and now Colonel in the Imperial space force, must fight to keep her friends, family and fellow citizens in the Empire safe. A brutal battle of skill and wits begins as Jian and her human colleagues attempt to combat the invaders – but with all their technology, enhancements and weapons n the hands of their enemies, the odds are stacked against them, and there is the very real threat of the destruction of the Empire itself.