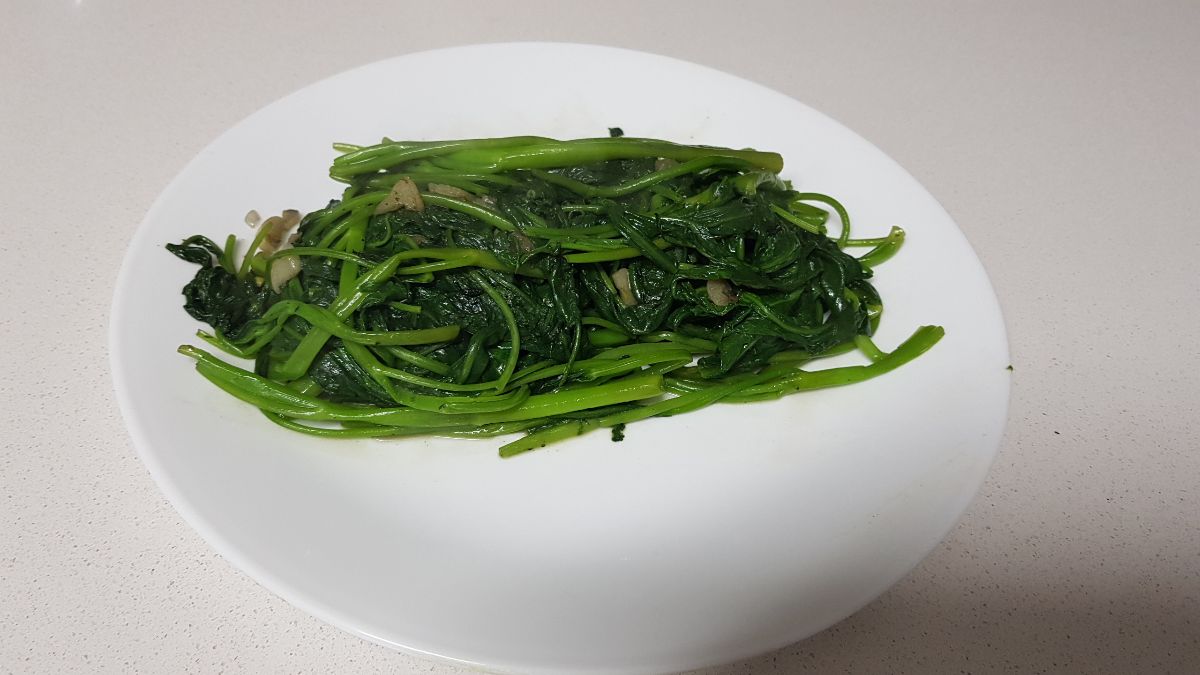 Welcome to 2020 and I hope we all have a really great year!

The summer holidays are in full swing, the pool is full of screaming kids, and thank the heavens that it’s raining. If the fires affected you I hope you recover soon and that our government can face these issues without running away (for a change).

For me personally this is a mad rush to complete the third book of the Dragon Empire Trilogy, ‘Dawn of Empire’, which is due in March. Stuff will go down! I’m having a bunch of fun doing what I love to do – revealing all those secrets that I’ve been hinting at throughout the first two books. I know there were some big reveals in the first two but really: everything will change. This is the best part of being a writer.

I’ve been invited to the Gladstone Library to present a half-day workshop as well as a Q&A with the wonderful Lori-Jay Ellis of the Queensland Writers Centre. Many thanks to the Gladstone Area Writers Group and the QWC for making this happen!

The workshop is on February 8th in the morning, and I’ll cover the basics of writing and editing, held at Gladstone Regional Library.

Oz Comic-Con has changed hands (again) and is now under different (corporate) ownership. I’ve reached out to the new owners but at this stage they’re still in the establishment phase so: I really don’t know what’s going to happen there. I hope things continue as usual, and they were happy to hear from me.

I haven’t investigated Supanovas yet, although I know for sure that Adelaide and Perth are still happening this year (whew!). I haven’t been invited to Gold Coast Nova, and I doubt that it would be worth it to buy a table when there’s no Sunday show in Gold Coast, and Brisbane is bigger and closer.

Keep an eye on the newsletter and my Facebook for more details as they emerge. Number One priority right now is to finish ‘Dawn’ and give it to Harper-Collins.

Here’s a wikipedia article about water spinach which has everything you need to know about this delicious summer treat.

It’s called ‘ong choy’ in Cantonese, and ‘kangkong’ throughout Southeast Asia. It has hollow stems, long spade-shaped leaves, and only comes out in the summer. It bruises really easily and doesn’t keep well in the fridge for more than a couple of days.

I was inspired to share this recipe because a bunch of us writers had a dish of water spinach in Sydney at a convention and Marianne de Pierres had never seen it before and fell madly in love with it. So Marianne, this one’s for you. It’s not really much of a recipe anyway. 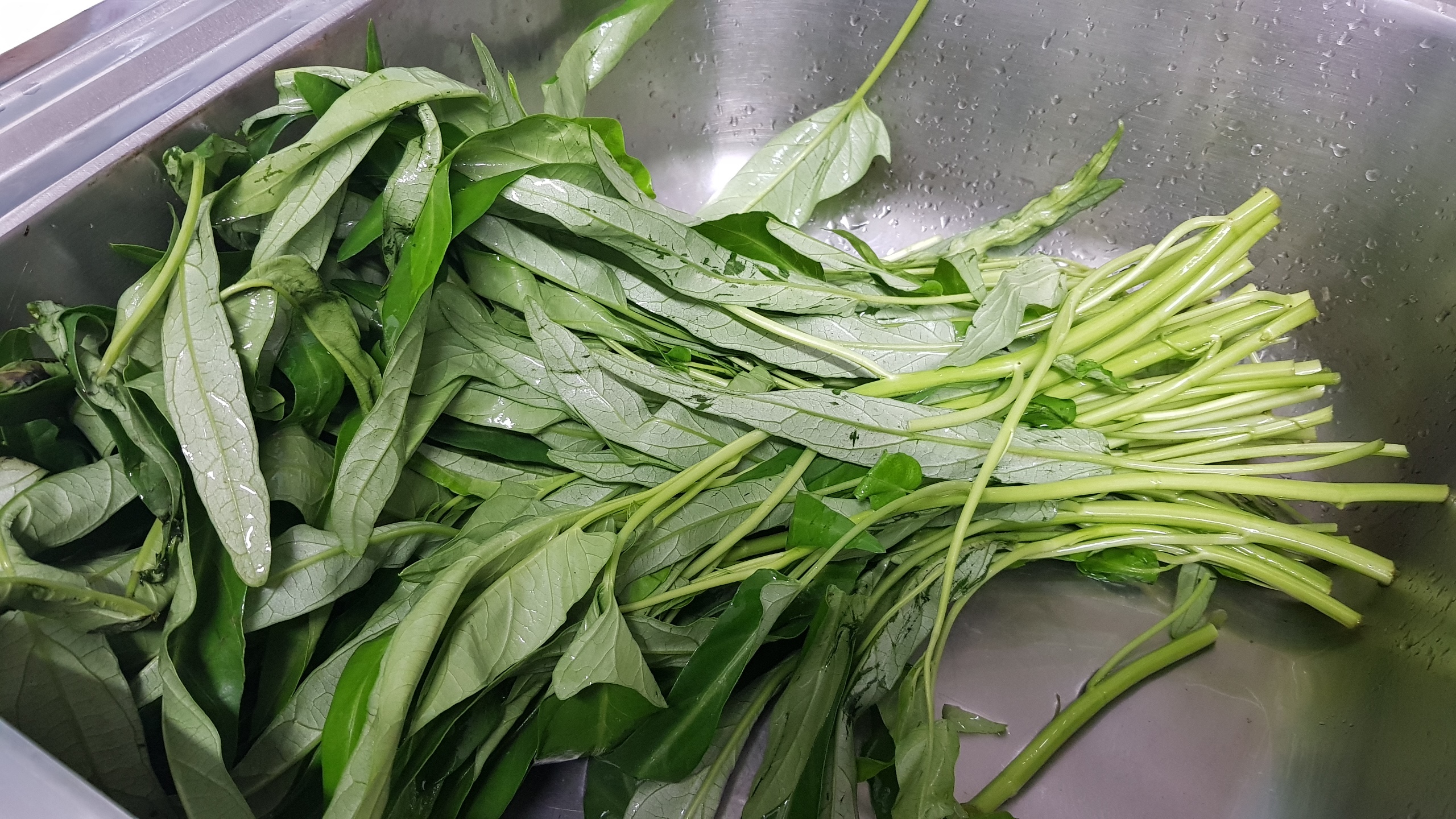 I bought this at the local Chinese grocery. It was in a plastic florist’s sleeve to stop the leaves from bruising – they bruise really easily. This is younger than I usually buy – the stalks are really tender and small – and so fresh that I couldn’t not get it. Here it is after I dumped it into the sink to break it into smaller pieces for cooking, and check for snails and other creepy crawlies in it, and just generally wash off the dirt.

In Hong  Kong all veggies had to be soaked in water for an hour before cooking because they were grown in China where pesticide laws are really slack and ignored anyway. People in HK had died of pesticide poisoning on vegetables. I’m glad I’m here sometimes. 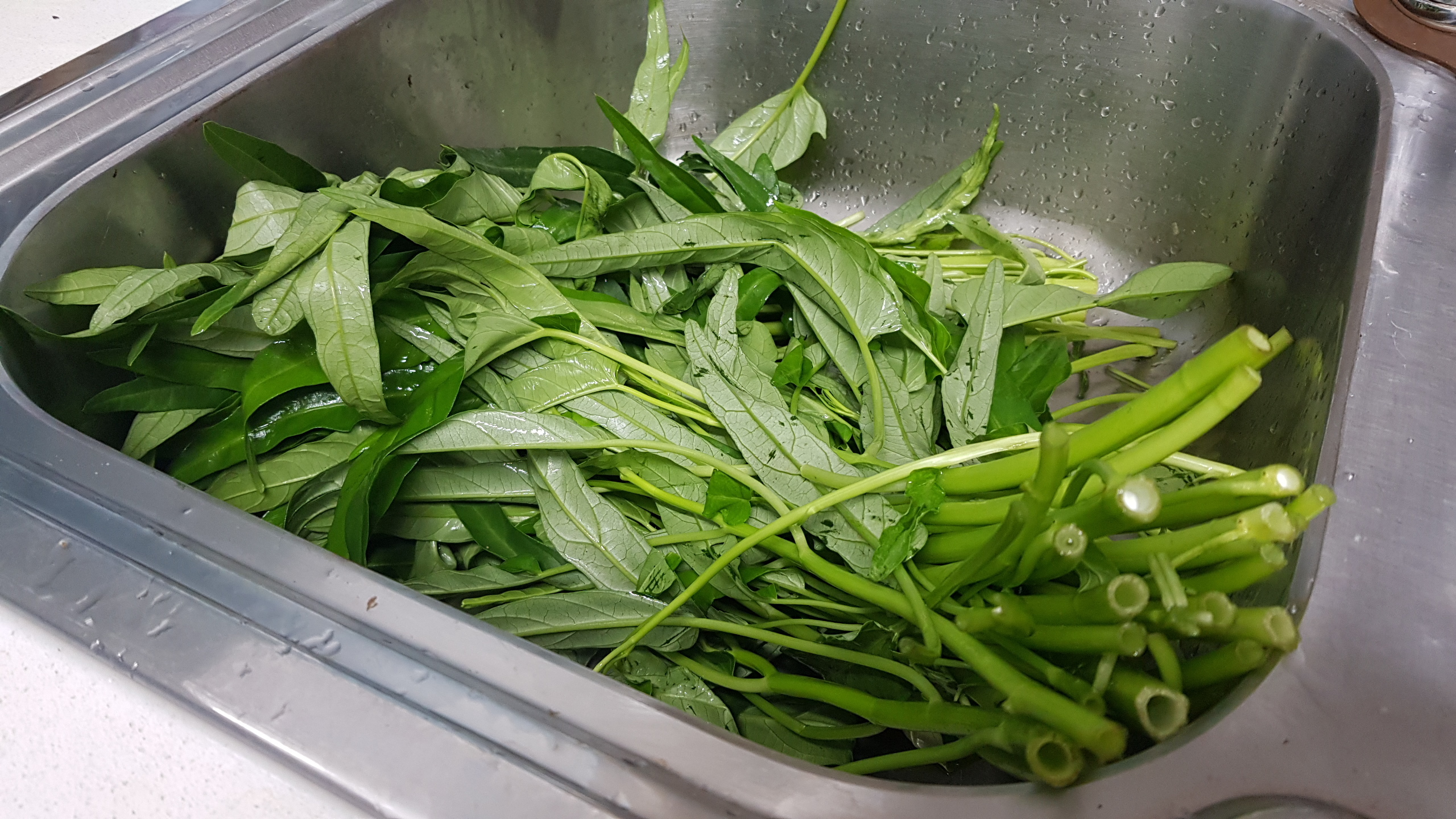 Here’s the spinach opened up and while I’m breaking it into 10cm pieces. I find it quicker with Chinese veg just to wash each stalk separately, break it into pieces, and toss them into my trusty colander rather than cutting them up Western-style. You can see the hollow stalks: the thicker stalks are woody and tough, so I break off about the bottom 5cm. 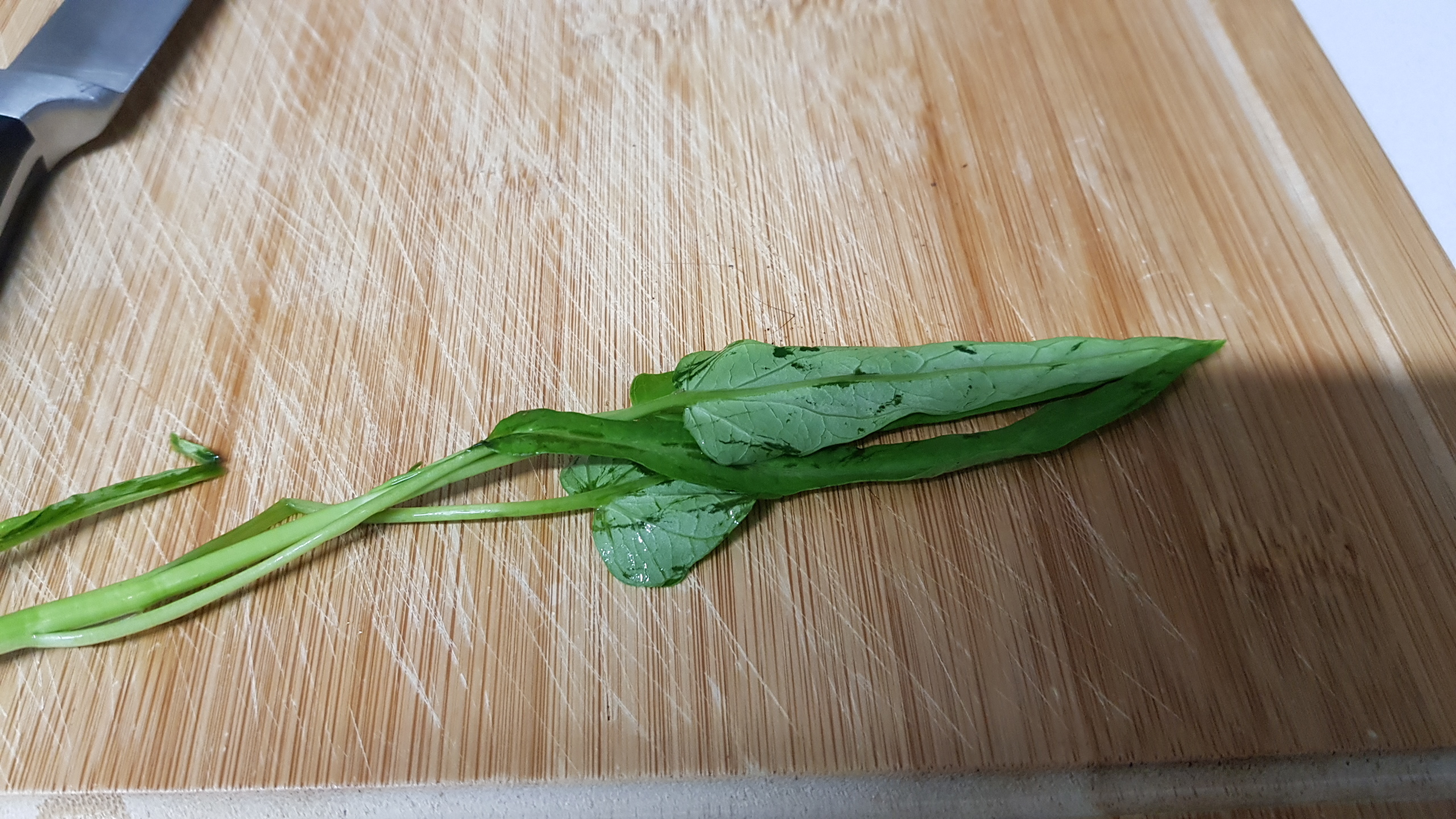 This is a single stem/leaf from the plant. The dark marks on it are bruising. This bruising quickly (in 24 hours or so) spreads and turns the whole leaf into a soggy inedible mess. I was very lucky with this bunch that it’s so fresh there weren’t many losses. 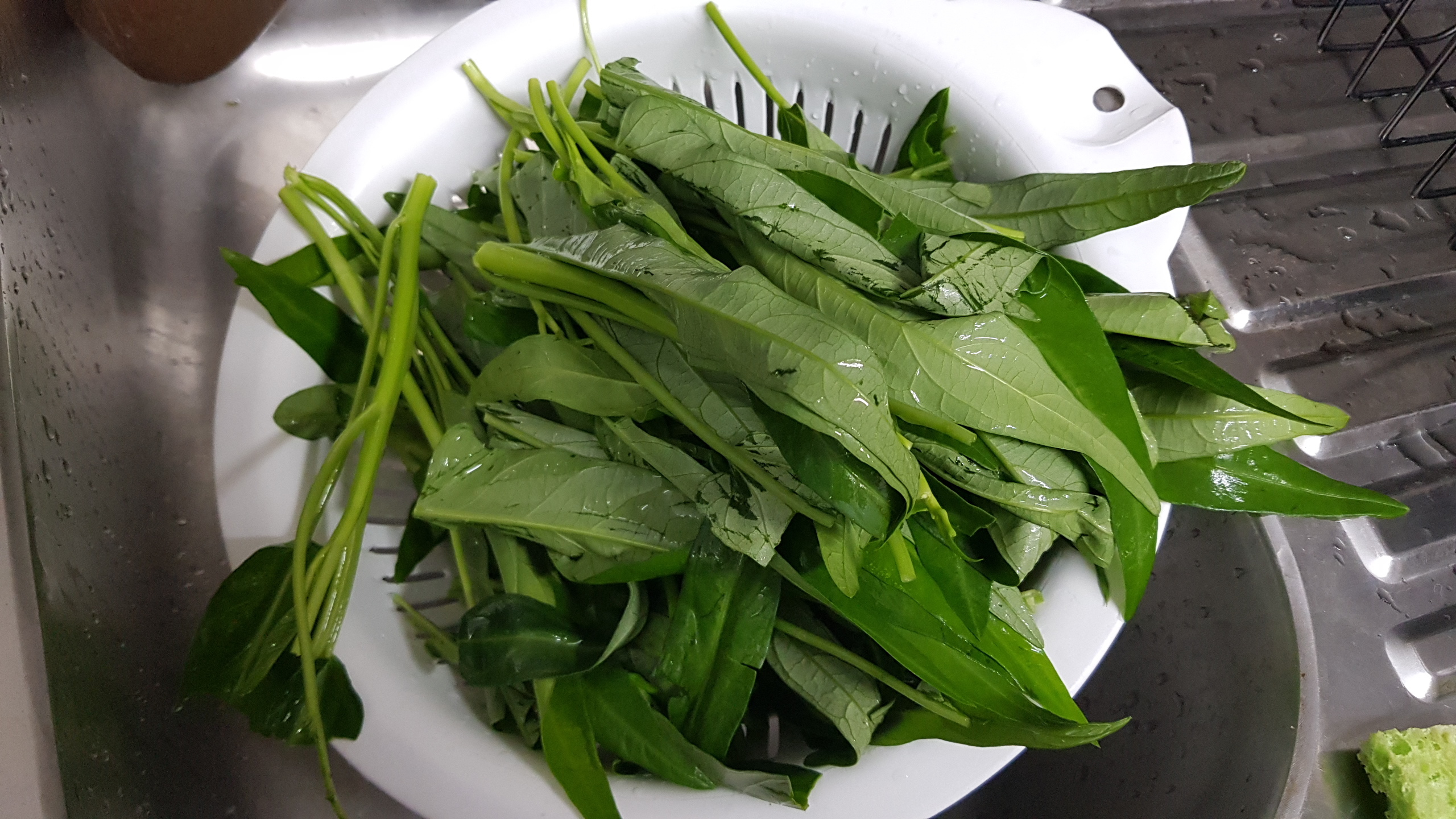 My trusty colander with the washed and broken veg ready to cook. See that photo at the top of the newsletter? That’s how much it shrinks, which makes it very spinach..y. 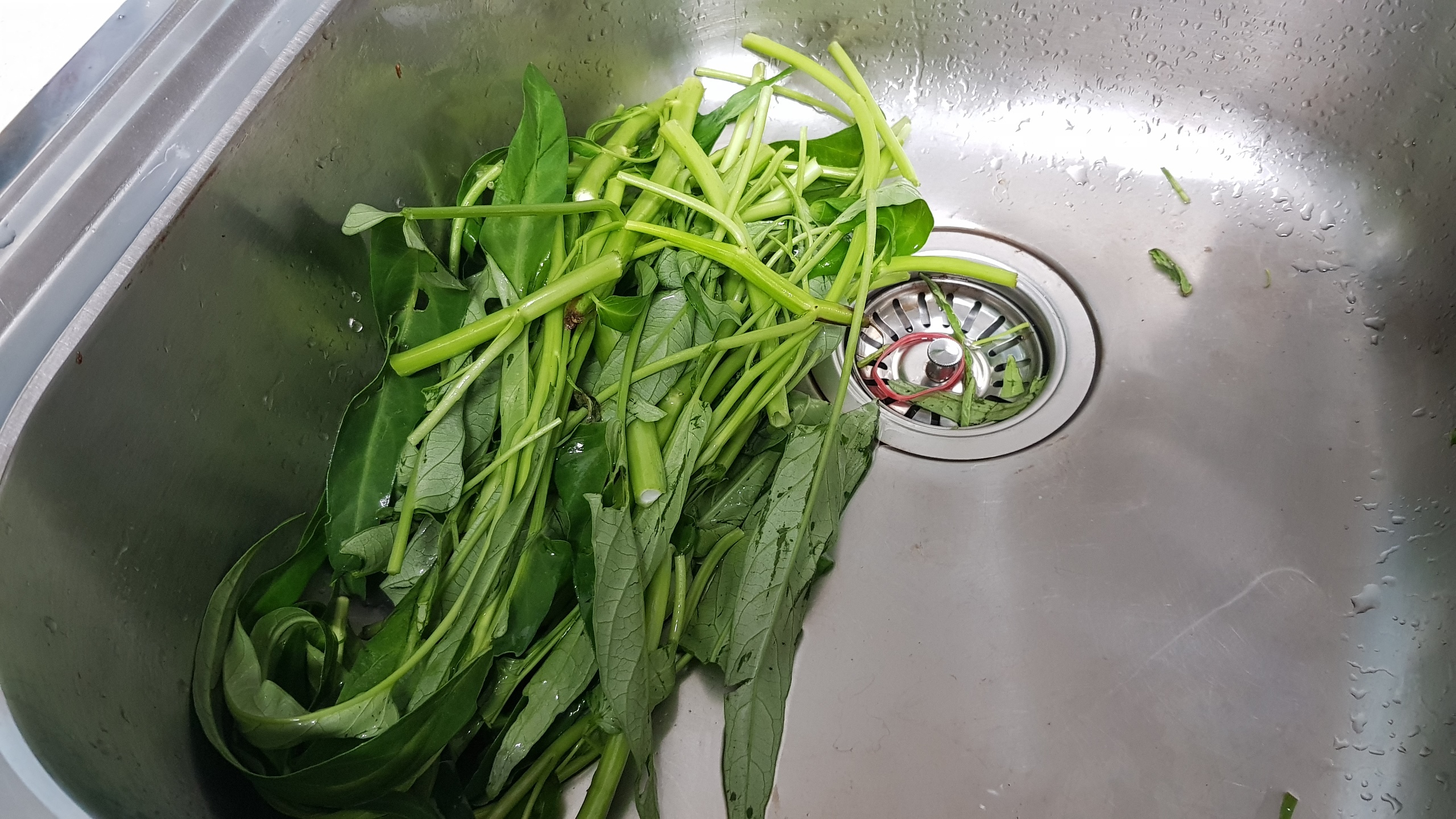 What I discarded. Bruised leaves, brown icky bits, tough woody stems, yellowed leaves or leaves with holes in them. There’s also weeds present that were caught up in the harvesting process. Preparing them only took about 2 minutes. 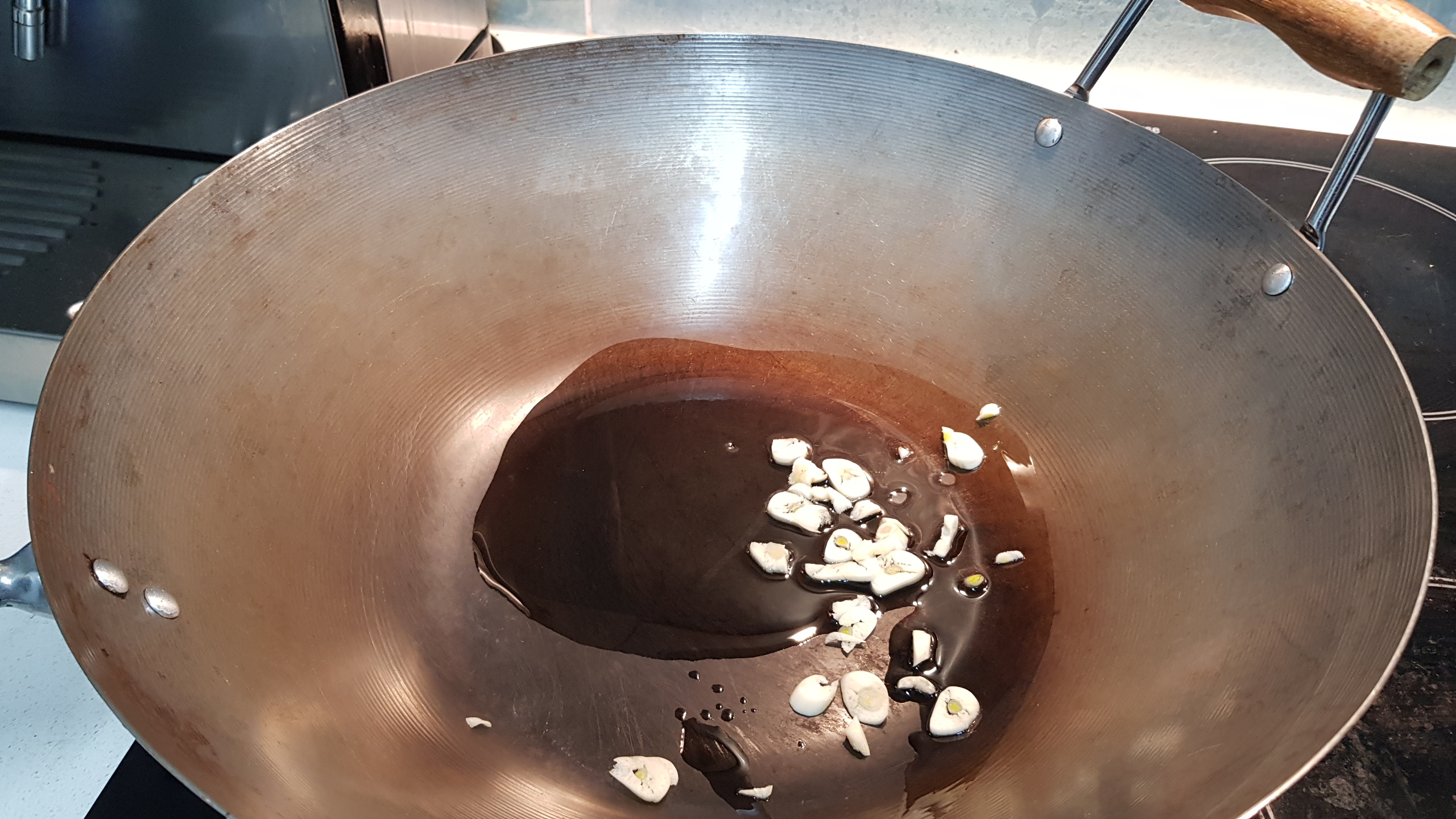 Cooking! I have a mild steel wok that will rust like anything – but is much less sticky than a stainless steel one. (I can still remember the guy in the Chinese grocery when we went to look at them … ‘Stainless steel sticks like bloody hell! Get a mild steel wok and it’ll last forever’. They do.No non-stick to degrade, they’re like cast iron.) This is chopped garlic cloves in peanut oil. Chinese cooking is almost always cooked in peanut or corn oil. Olive oil tastes weird and canola has a smoke point too low. You can really make peanut oil sizzle. 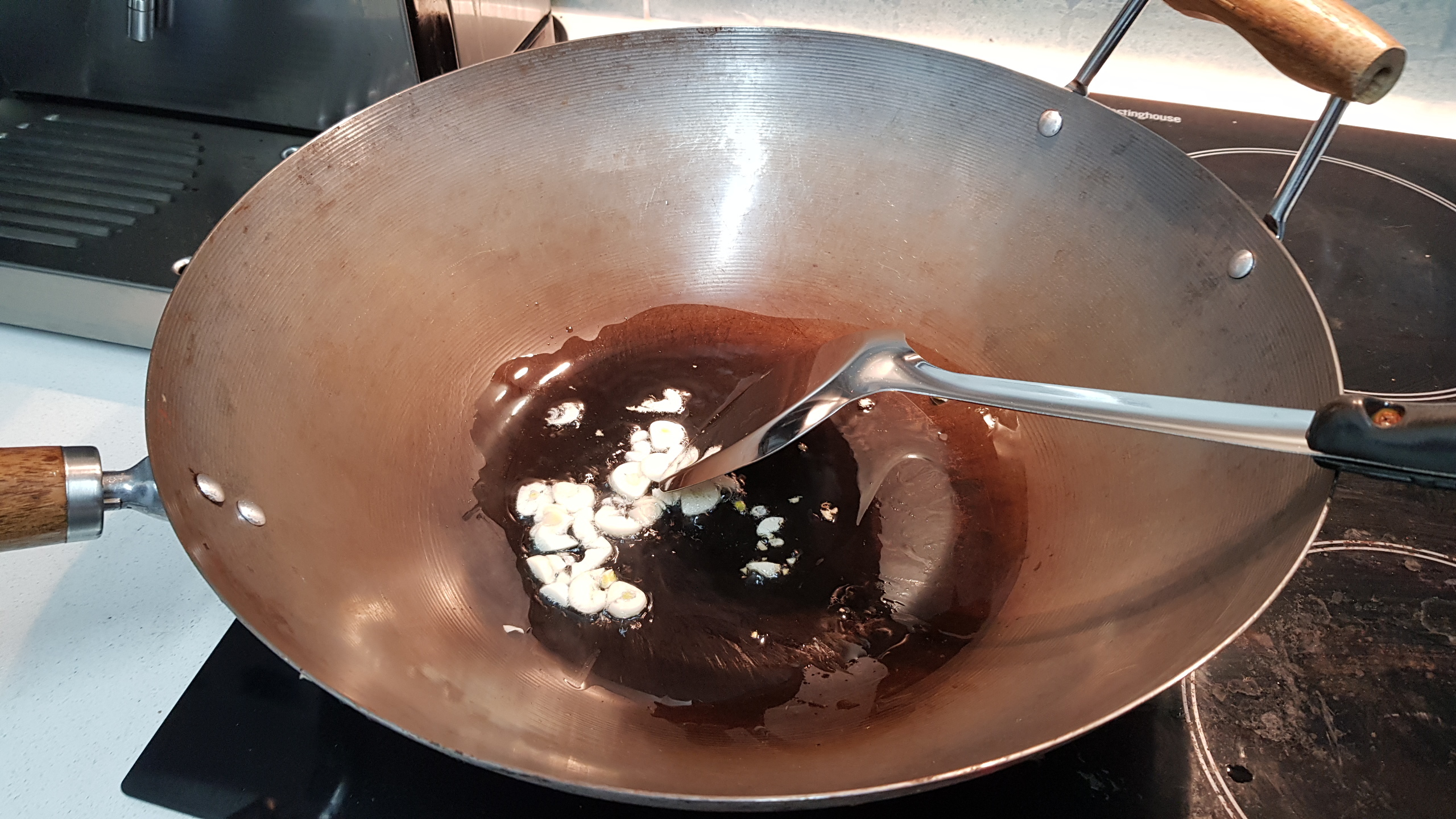 Tossing the garlic in my $10 wok with my $2 spatula until it’s toasty brown and the entire apartment smells awesome. I’m not going to send  you off to buy expensive branded cooking gear. Go me. 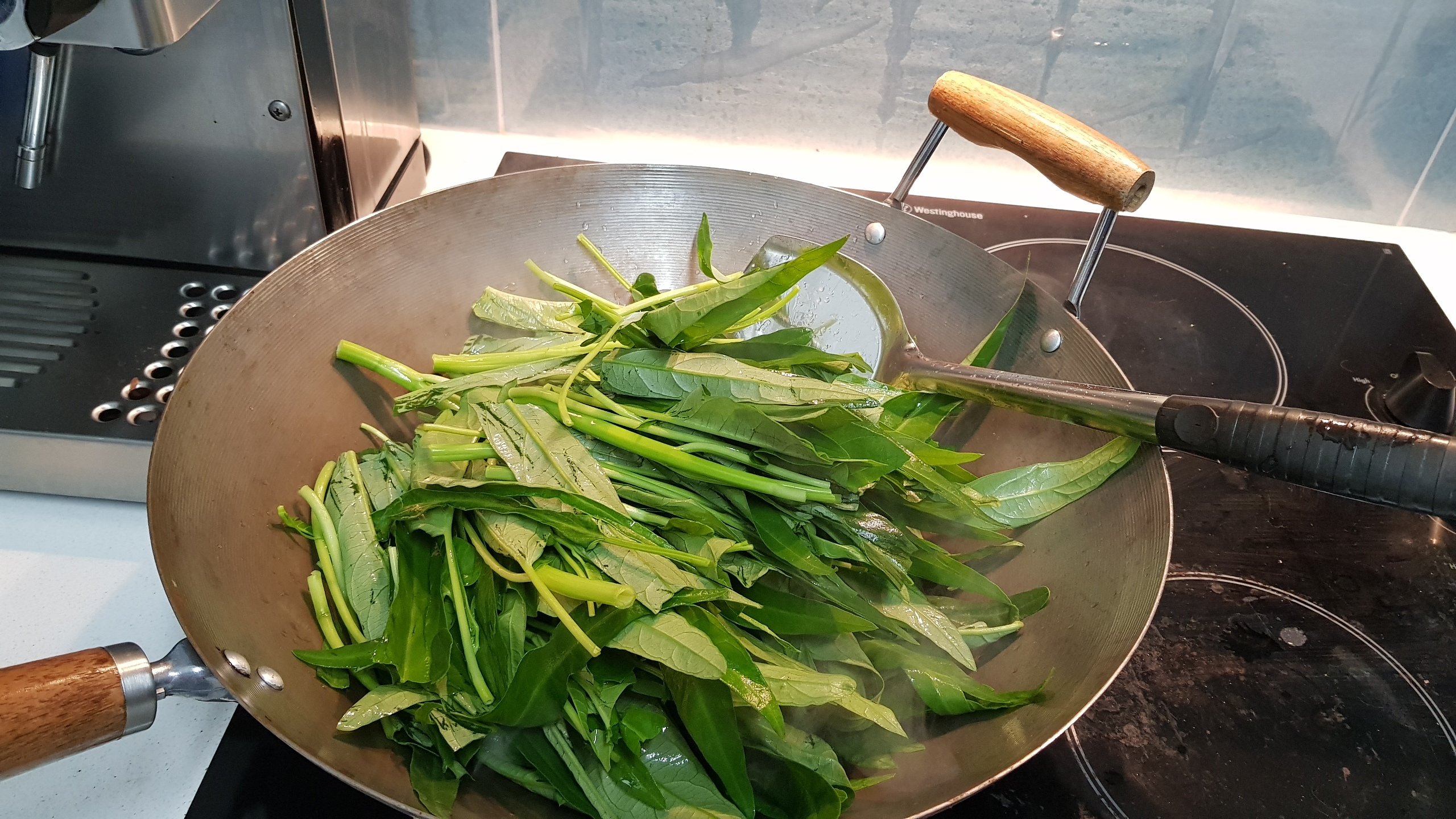 Spinach is in! Steel thing on the left of the wok is my vitally important espresso machine. Writers turn coffee into books. 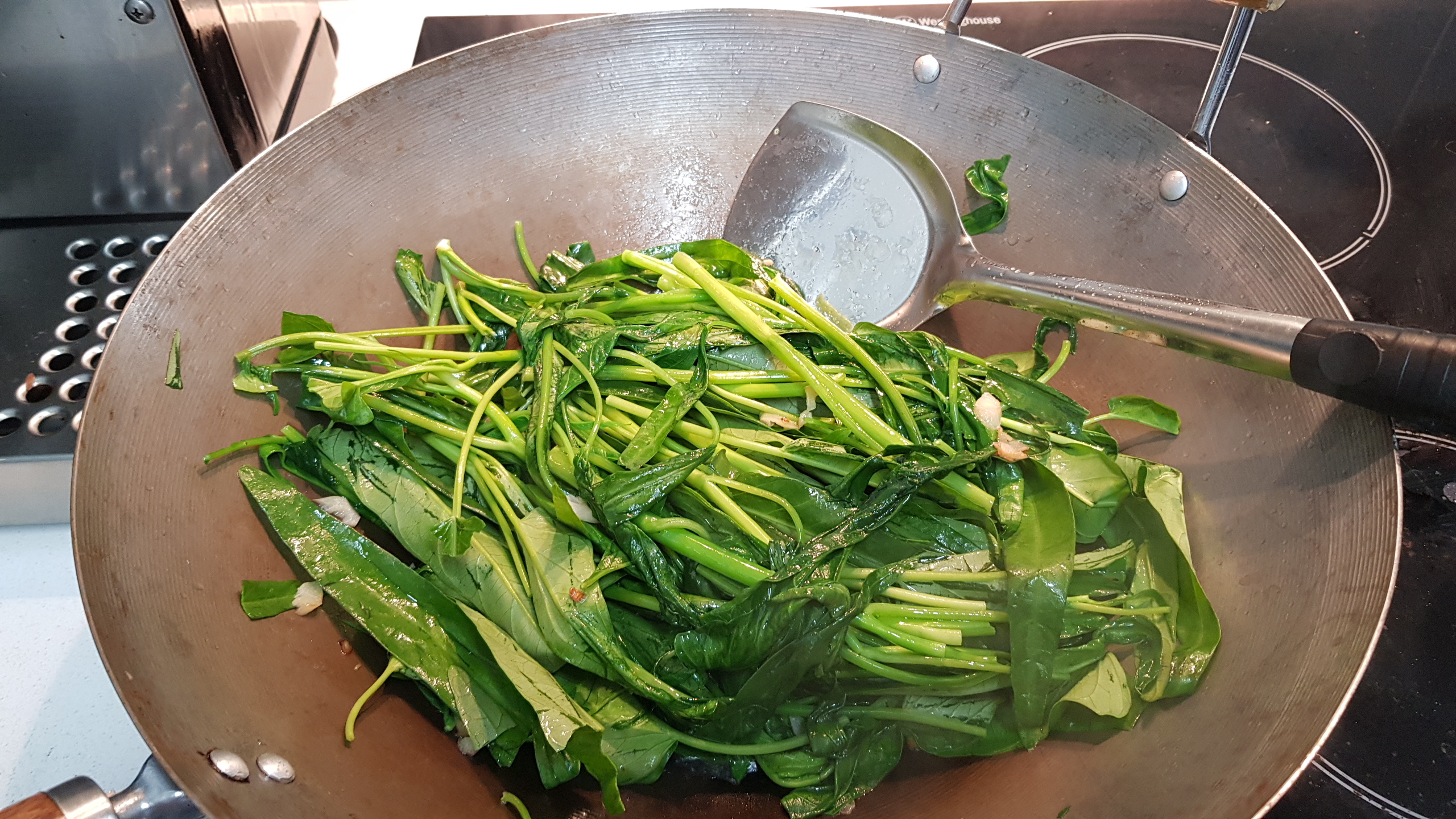 Tossing it through the oil and garlic. You need extra oil (you can see I used quite a lot above) because this stuff just drinks it up. Peanut oil is  a monounsaturated and extremely healthy oil. This is exactly one minute later. 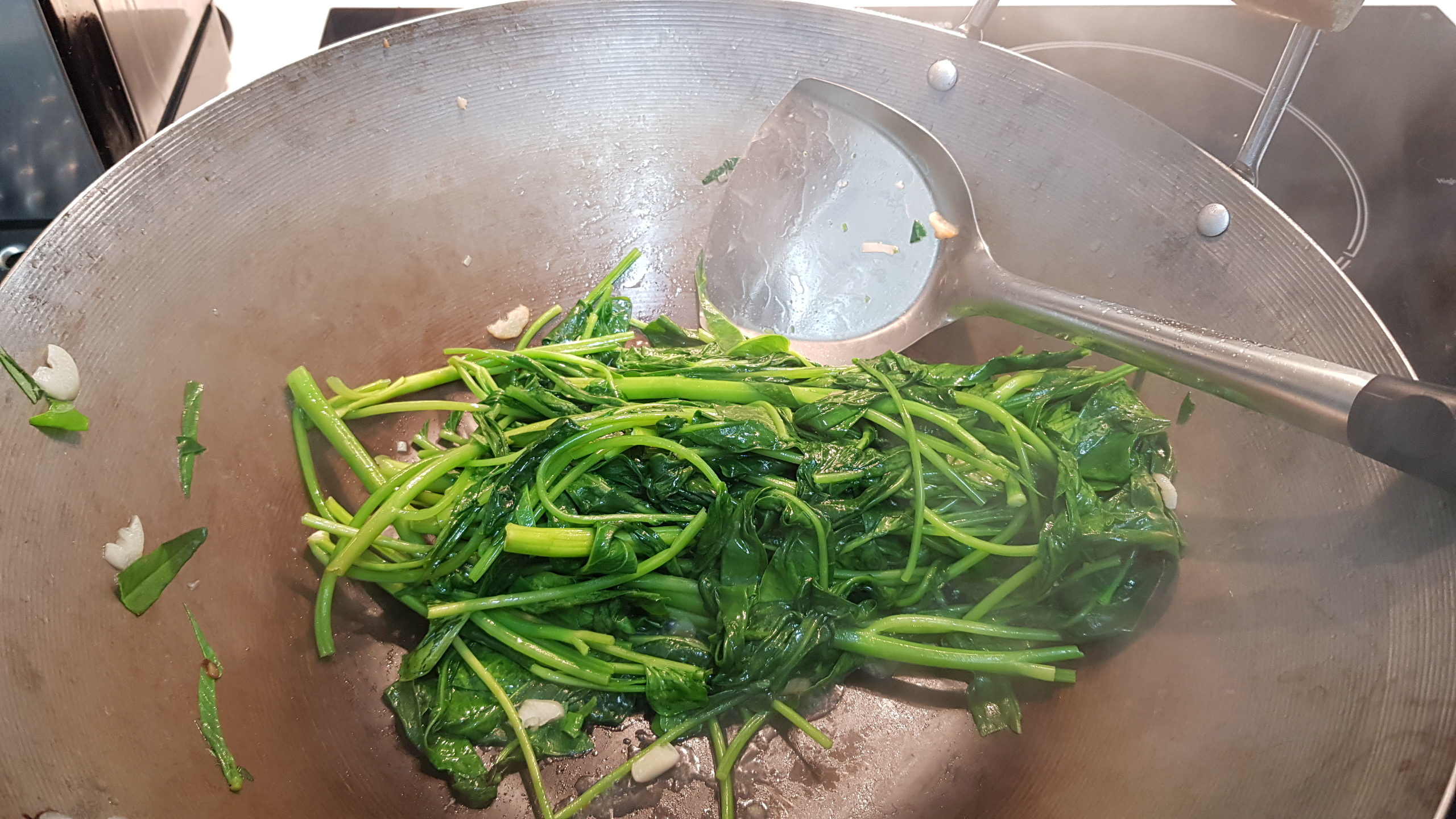 Forty-five seconds later. I’m just tossing it around in the oil, and making sure it doesn’t stick to the bottom of the wok. It shrinks a lot, doesn’t it? 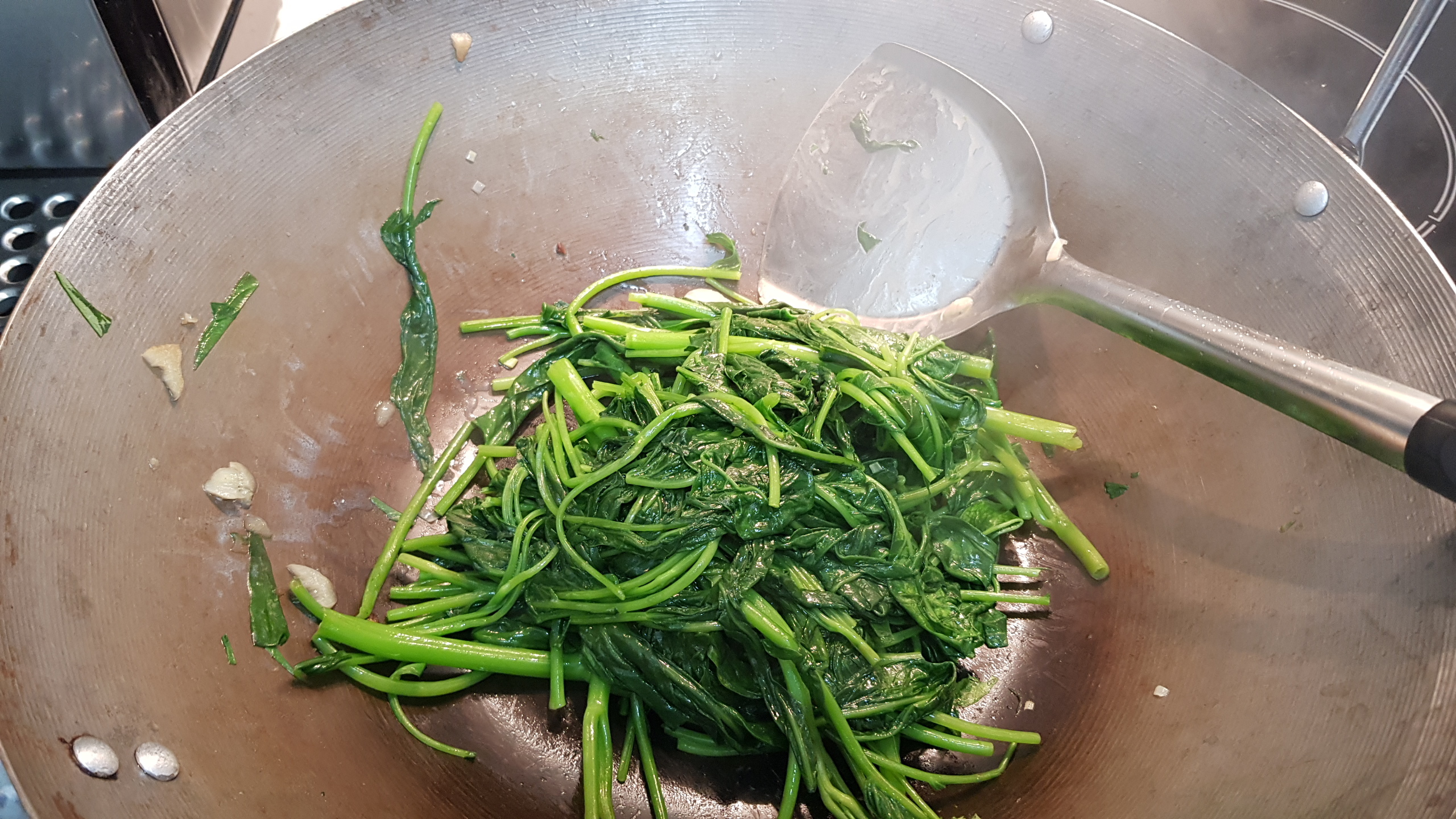 Thirty seconds later: that’s done. Thicker veggies like bak choy and choy sum need a lid on them to steam them soft, but these ones cook so quickly it’s not really necessary. Sauce time! (You could definitely just serve them bare like this, they’re delicious, same as English spinach.) 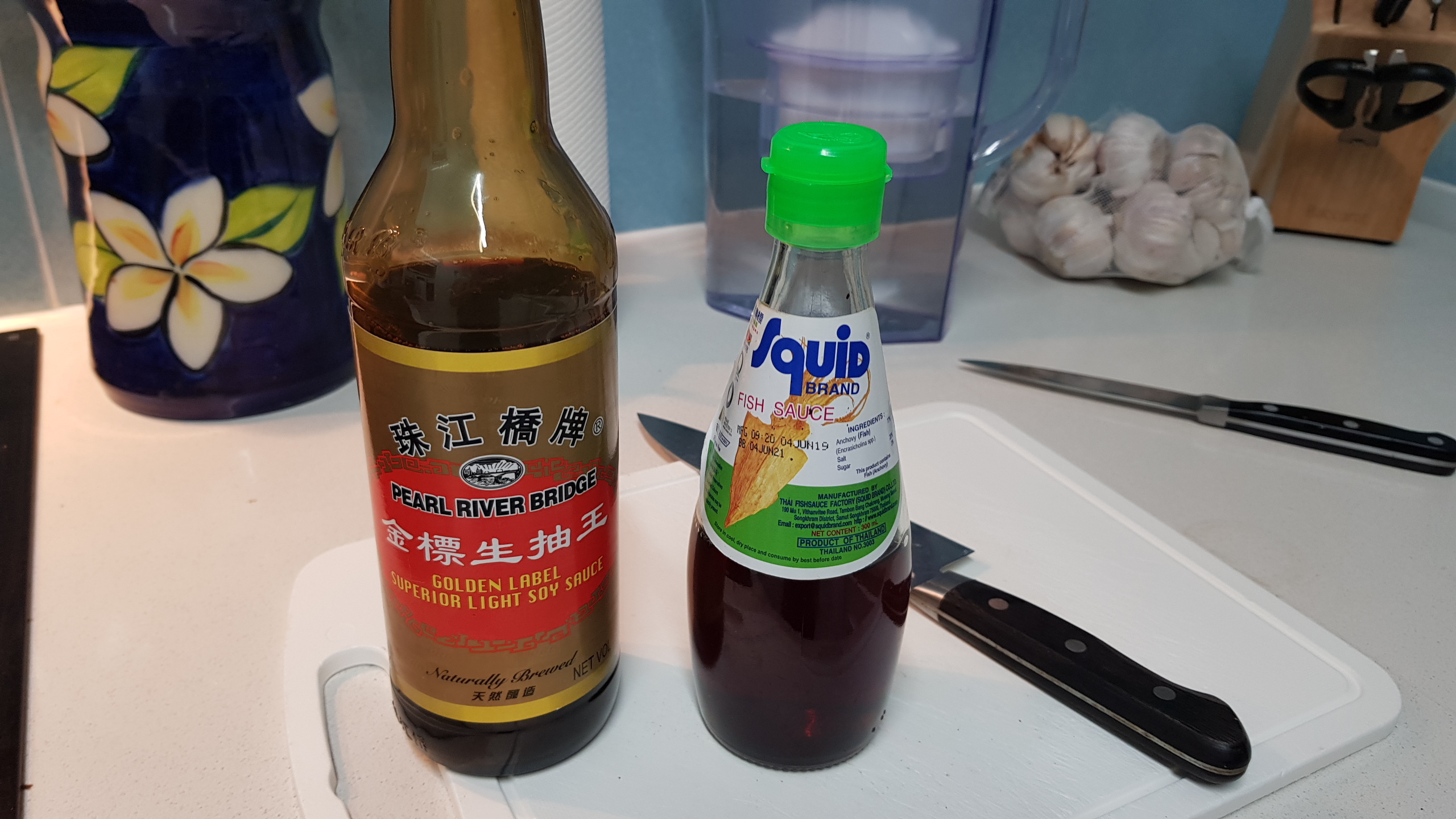 My kids: how much sauce do you use?
Me: Uhh… enough?
I put the soy in to give it umami, only about a tablespoon (I just shake the bottle over the veg, and never measure). I use Pearl River Bridge because it’s the definitive soy sauce. It’s been around since it was produced by the China Guangzhou Meat Products Grain and Livestock Import Export Corporation Ltd, a branch of the Chinese government.
Note that this is LIGHT soy. There are two types of soy sauce (actually many but let’s just say two at this point). Light soy hasn’t been fermented as long, it adds flavour without much colour and is not very salty.
DARK soy adds a LOT of colour to dishes and is REALLY salty. Use very sparingly if at all : I mostly use it for stewing dishes. It’s the vegemite of soy sauce.
Kikkoman and Pandaroo etc soy sauces are a mix of dark and light, or a light soy only. I’d prefer to know which one I’m getting, so I buy light and dark separately.
Singaporean Yeo’s light soy is a little lighter than Pearl River Bridge.
The fish sauce is special. My husband was Teochew (Chiu Chow) and they share a lot with South East Asian cuisine, particularly Thai and Malay. Fish sauce is more a Thai thing, but Teochew people use it a lot and I guess I’ve inherited that. It smells vile when you first put it in the wok (again a tablespoon? I dunno, enough to taste good I suppose?) but when you toss it through and it toasts, the aroma changes to savory and nutty and just overall wonderful. It’s a terrific addition to this dish.
You can also add a splash (?) of oyster sauce and a couple of drops of sesame oil (no more than that it’s very strong!) to this if you’re feeling fancy.
If you really want to go truly authentic, add some pink shrimp paste. It’s mashed up … shrimp. That one also has a very strong smell but toasts up to something delightful. You only need about a teaspoon of that, and I haven’t used it because it’s a bit smelly in a small apartment.

Final result: the taste of summer.

That’s it for January! I’ll keep everybody updated on upcoming conventions etc, it’s still a little early for all the bookings to start.