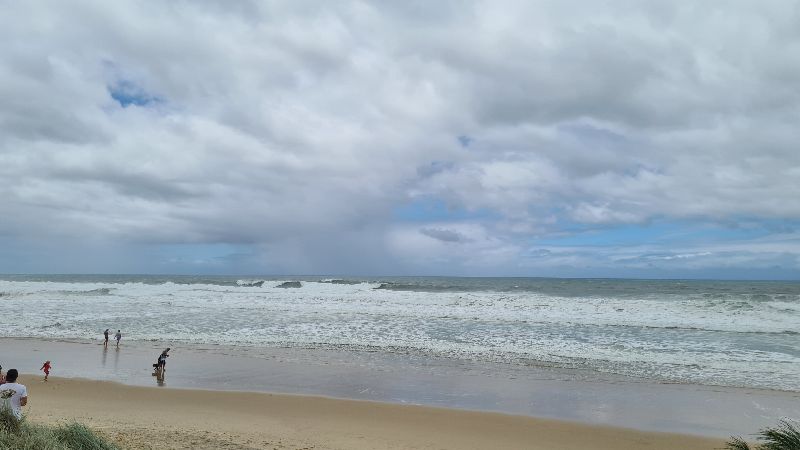 This has been the Gold Coast weather the past few weeks – rough and rainy.

I’ve just spent three fabulous weeks being – as my daughter puts it – a ‘potato’. The weather has been rainy, windy and rough because of Cyclone Seth just off the coast.

As an Old Lady ™ I have only received two AZ vaccinations for COVID, and with the current situation I am avoiding people until I receive my Pfizer booster. So we spent three lovely weeks on the couch, both playing games, and generally eating and napping and having the first real holiday I’ve had in ages.

I did sneak off occasionally to add words to ‘Serpent Empress’ and also to the sequel to ‘Minds of Sand and Light’ which is well on the way, and will be called ‘Bodies of Stone and Water’. I’ll be submitting ‘Minds’ to Harper-Voyager Australia as soon as I’ve done the final cleanup on it.

If you missed it the first time, the Centre for Australian Studies at the University of Dusseldorf has a Youtube channel, and Professor Bettina Burger is studying Australian speculative fiction! She did an inteview with me in June of 2021, and it’s up on the youtube channel here: https://www.youtube.com/watch?v=hbWeVG8krSA

We talk about Dark Heavens, fanfiction, Chinese mythos, and all things wonder and light. It was so much fun I kept forgetting we weren’t just friends chatting.

Patreon news: I just posted some dramatic! revelations for both Serpent Empress and Minds to my Patreon, and I hope the readers enjoy them.

Now my daughter’s headed home to Sydney and I have a lot of work to catch up on. My first workshop is in Redcliffe in March, and I’ll update as soon as I have more details. I may also try to do some interstate book signings later in 2022, since conventions are such a fizzer.

I’m off to get my booster later today, then I can stop being a potato!