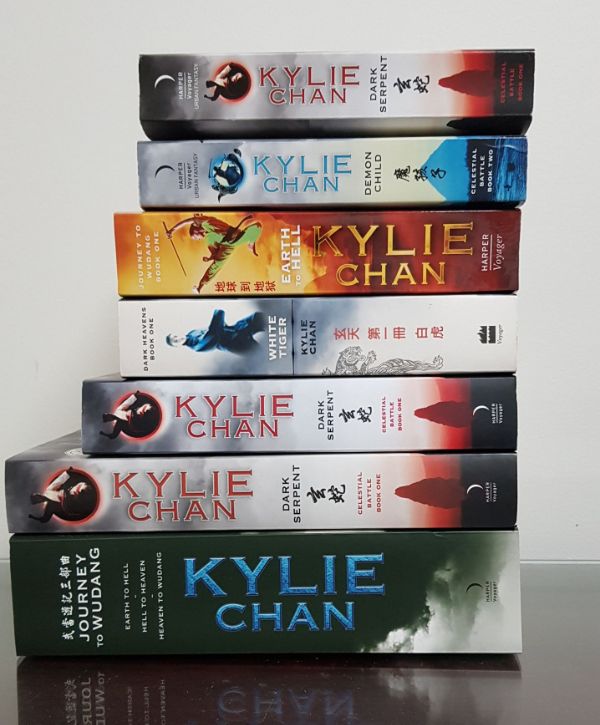 It’s the middle of winter and I don’t have another appearance booked for two weeks, so time to catch up on the website. I’m planning to post an explanatory page about book sizes.
Top to bottom:
US Mass market paperback
Australian ‘A’ Format (First six books of Dark Heavens were published in this format)
Australian and UK ‘B’ Format (Celestial Battle and Dragon Empire were released in this format six months after Trade release)
Australian Trade format (Celestial Battle debut release, and the size of the omnibus editions)
… It’s complicated.

First up I have to congratulate Melissa Lucashenko for winning the Miles Franklin award. If I’ve ever mentioned speaking to a respected Aboriginal elder, that’s her. Her book ‘Too Much Lip’ is the sort of transcendent literature that people like me can only aspire to!

Come along and say hello at Oz Comic-Con Brisbane at the Convention Centre on September 21-22. They’ll have Hayley Atwell (Agent Carter) and Keynan Lonsdale (Kid Flash)!
Don’t panic if you cant make it, I’ll be doing Supanova Brisbane in November as well, sharing a table with Traci Harding and Isobelle Carmody.

I will not be able to make Sydney Oz Comic-Con this year, they don’t have room for me in the new Olympic Park venue. If I’d known I would have bought a table at Supanova, but I wasn’t informed until after Nova had passed. I am working on something for Sydney, hopefully in the next few months, so keep an eye on the page and newsletter.

Adelaide fans – I’ll be there at Supanova November 1-2. I’m currently doing a callout to Patrons on my patreon to come along and give me a hand!

Apart from that, I’m not doing much publicity work, which is a good thing. I’m concentrating on the writing, and both ‘Dawn of Empire’ (we have a title!) and the Spinoff (which doesn’t have a title boo!) are humming along. I’m even able to post an extract from the new Dark Heavens novella for patrons, so even though I’m quiet on the appearances, the work part – writing the books – is happening.  Now we just need the weather to warm up, so I can head back to the beach! 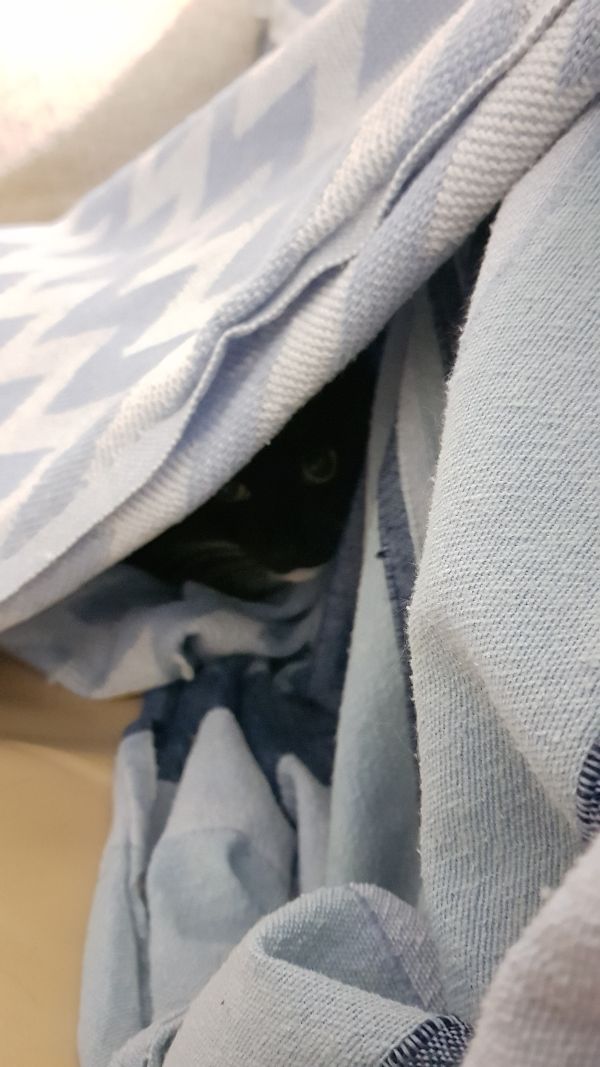 Inari is thoroughly over the cold weather thankyouverymuch.